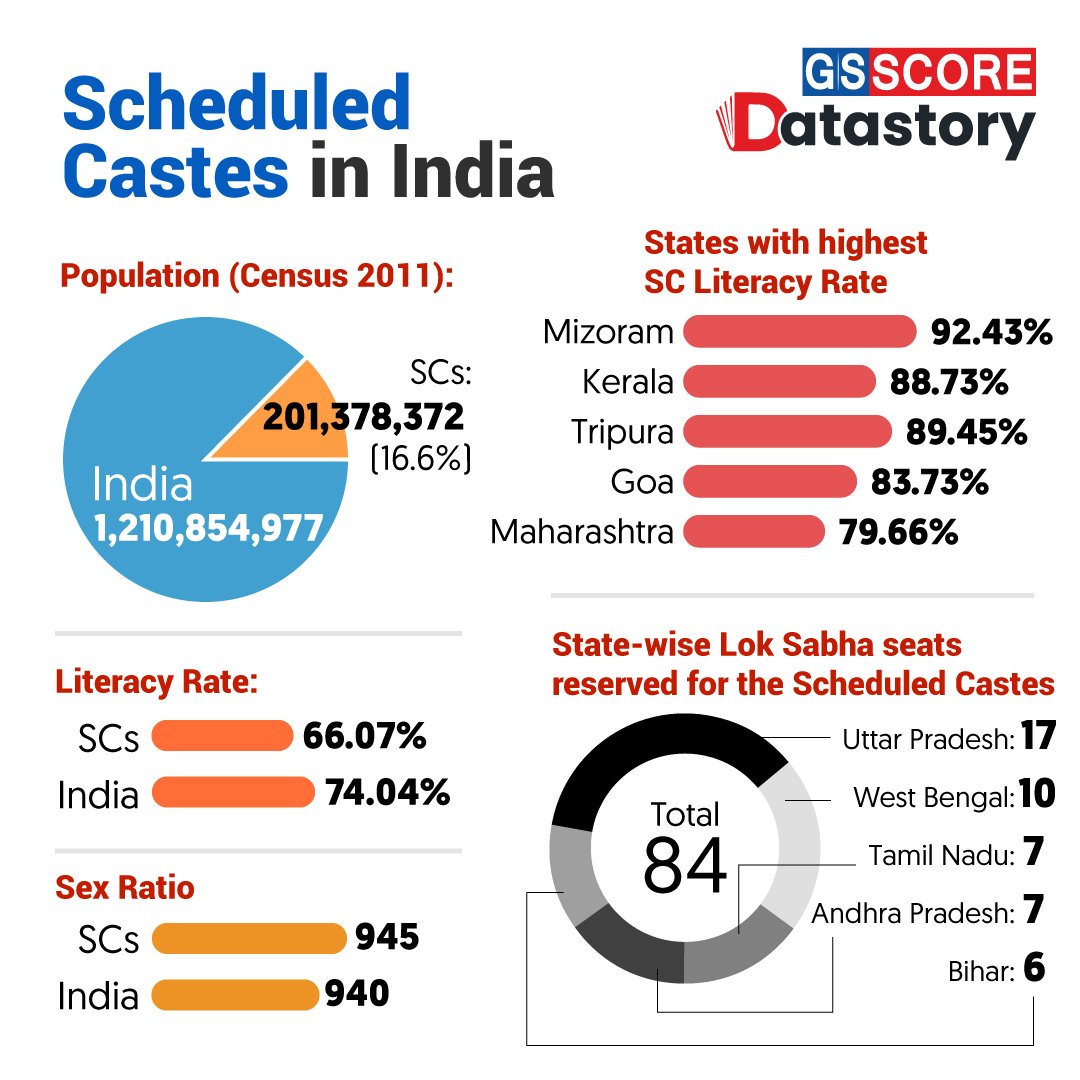 Scheduled castes are sub-communities within the framework of the Hindu caste system who have historically faced deprivation, oppression, and extreme social isolation in India on account of their perceived ‘low status’. Only marginalised Hindu communities can be deemed Scheduled Castes in India, according to The Constitution (Scheduled Castes) Order, 1950.

Scheduled caste communities were considered avarna, or outside the existing varna system. They were considered to be a section of people in Hindu society who are not from the four major varnas, i.e., Brahmin, Kshatriya, Vaishya, and Shudra. Those who belonged to one of the four major varnas are called Savarna. The Hindu four-tier caste system, or varna system, forced these communities into work that predominantly involved sanitation, disposal of animal carcasses, cleaning of excreta, and other tasks that involved contact with “unclean” materials.

The communities adapted the name Dalit, or Harijan, which meant ‘children of god.’ The avarna communities were also referred to as “Untouchables”. They were prohibited from drinking water from shared water sources, living in or using areas frequented by “higher castes,” and faced social and economic isolation, often being denied rights and privileges that many born into savarna castes consider “fundamental rights”.

The 2011 Census places the number of scheduled castes in India at 16.6 percent of the total population

The Government of India Act, implemented by the British in 1935, carried this definition of the term “scheduled caste,” in Part 14 of the Act, and the same definition continued to be used by the Indian government post-Independence. The minds behind the Indian Constitution, namely Dr BR Ambedkar, understood the need to actively empower these communities, socially, economically, and financially, and provide them with equal opportunities to participate in the country’s governance and functioning, and to uplift and promote their growth.

It was with this in mind that the Constitution included provisions to protect the rights of these marginalised communities.

This data story aims to highlight data related to SCs in India.