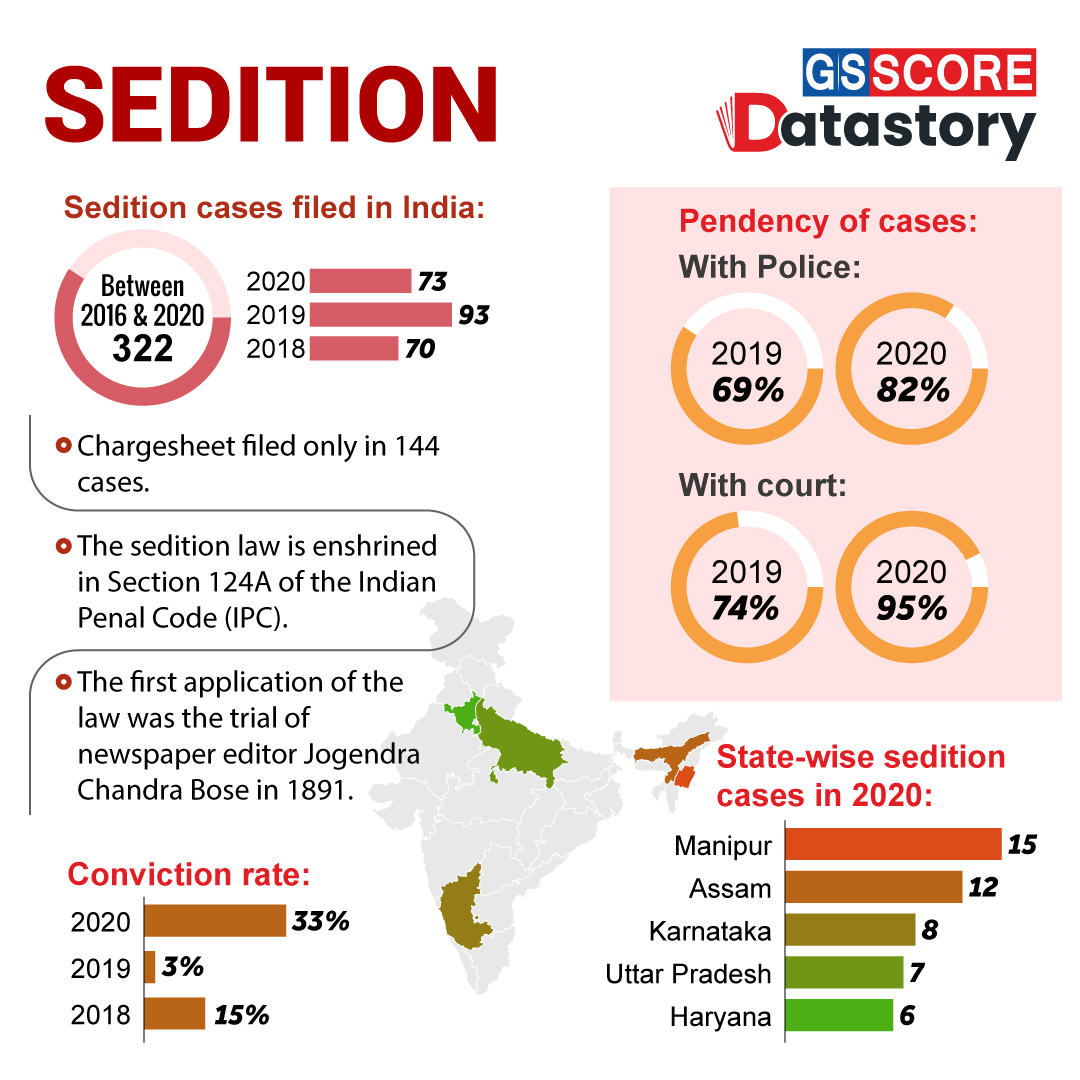 The punishment prescribed then, transportation “beyond the seas for the term of his or her natural life”, was amended to life imprisonment in 1955. According to the section 124A, the charges could be put on whomever, by words, either spoken or written, or by signs, or by visible representation, or otherwise, brings or attempts to bring into hatred or contempt, or excites or attempts to excite disaffection towards, the Government established by law in India.