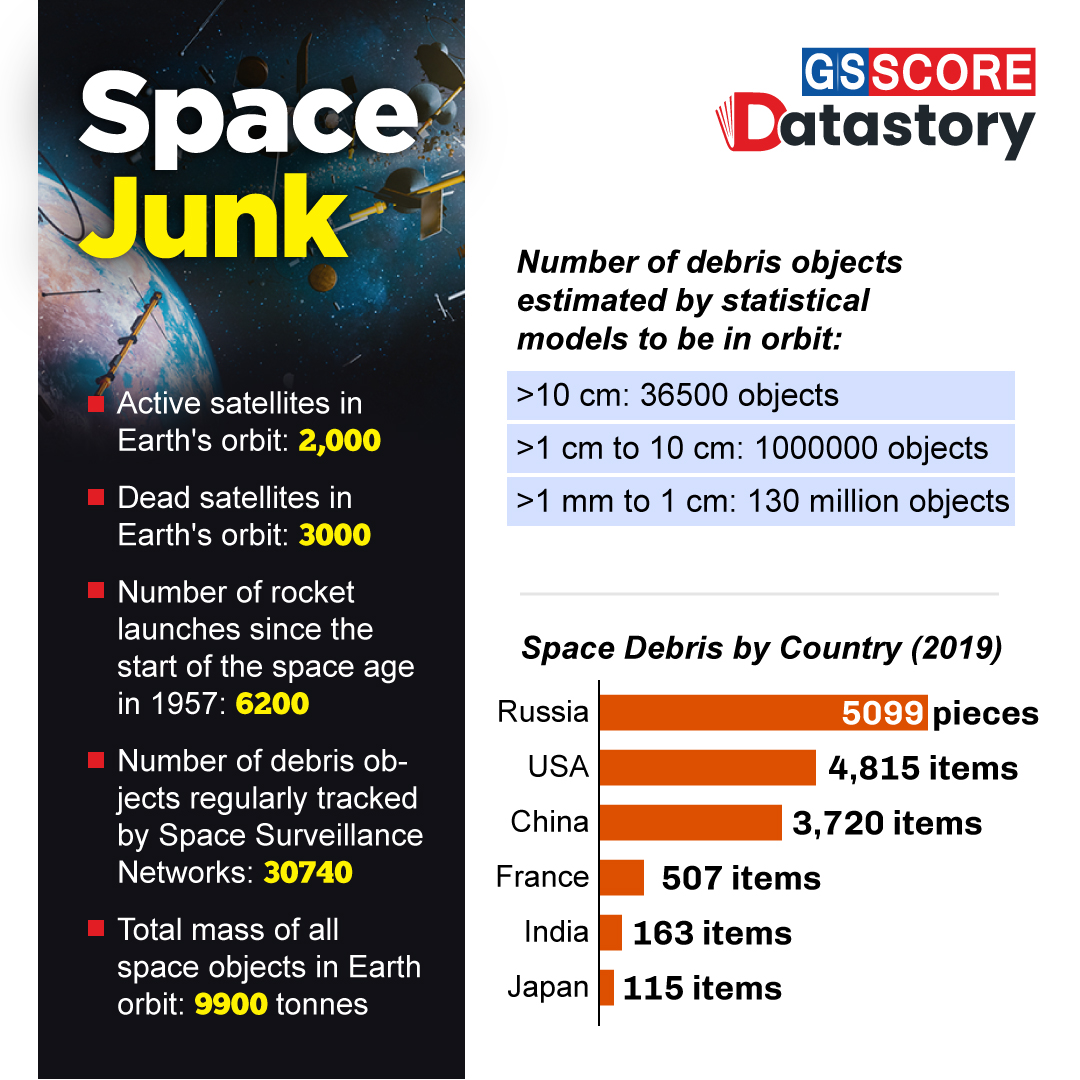 Space junk, or space debris, is any piece of machinery or debris left by humans in space. It can refer to big objects such as dead satellites that have failed or been left in orbit at the end of their mission. It can also refer to smaller things, like bits of debris or paint flecks that have fallen off a rocket.

While there are about 2,000 active satellites orbiting Earth at the moment, there are also 3,000 dead ones littering space. What's more, there are more than 36,000 pieces of space junk bigger than 10 centimetres in size and millions of smaller pieces that could nonetheless prove disastrous if they hit something else.

All space junk is the result of us launching objects from Earth, and it remains in orbit until it re-enters the atmosphere. Some objects in lower orbits of a few hundred kilometres can return quickly. They often re-enter the atmosphere after a few years and, for the most part, they'll burn up - so they don't reach the ground. But debris or satellites left at higher altitudes of 36,000 kilometres - where communications and weather satellites are often placed in geostationary orbits - can continue to circle Earth for hundreds or even thousands of years.

The Indian Space Research Organisation (ISRO) is building up its orbital debris tracking capability by deploying new radars and optical telescopes under the Network for Space Objects Tracking and Analysis (NETRA) project. The project will give India its own capability in space situational awareness (SSA) like the other space powers — which is used to ‘predict’ threats from debris to Indian satellites.

NETRA’s eventual goal is to capture the GEO, or geostationary orbit, seen at 36,000 km where communication satellites operate. The initial SSA will first be for low-earth orbits or LEO which have remote-sensing spacecraft. Under NETRA the ISRO plans to put up many observational facilities: connected radars, telescopes, data processing units and a control centre.

This data story aims to highlight the statistics about space junk.