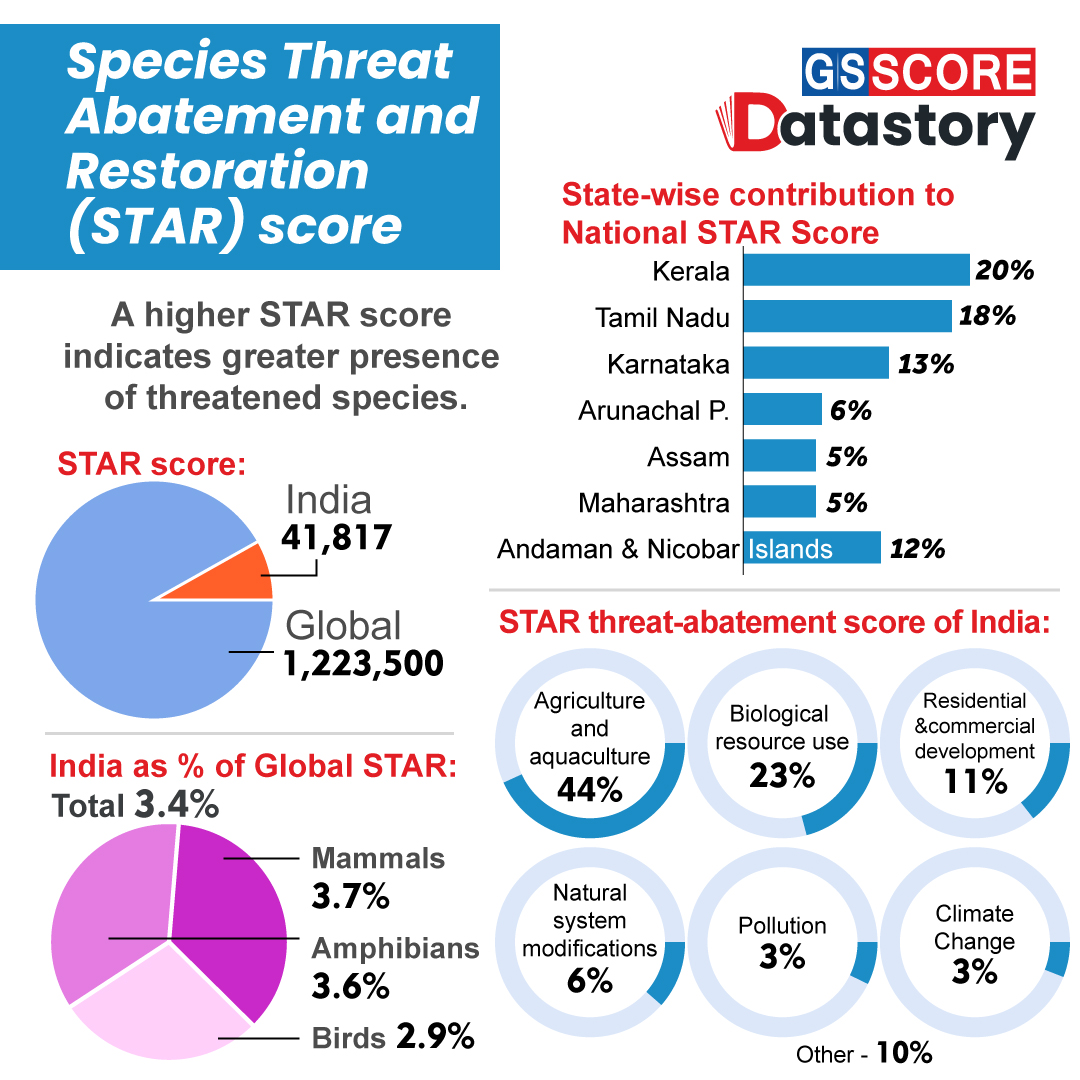 India is one of 17 megadiverse countries in the world, harbouring 7%–8% of all recorded species despite having only 2.4% of the world's land area. Its location at the tri-junction of Indo-Malayan, Afro-tropical and Paleo-Arctic realms means that it has a wide array of ecoregions with diverse habitats and climatic features enabling a vast variety of flora and fauna to thrive.

Four out of 34 global biodiversity hotspots and 465 important bird areas are located in India. Around 50 000 species of flora and 100 000 species of fauna have been documented within the ten biogeographic zones of the country, of which 23% and 28%, respectively, are endemic to India. In terms of vertebrate diversity, there have been 429 mammals, 1343 birds, 427 amphibians, 641 reptiles and 3439 fish species documented in India so far.

With around 1.4 billion people, India is the world's second most populated country and, with rising incomes, consumption has recently been increasing across all economic classes. This is resulting in natural habitat loss, fragmentation and degradation through conversion of land use for cropland, livestock grazing, urbanisation, mining and industrial development.

The Species Threat Abatement and Restoration (STAR) metric takes into account the endemicity and the scope and severity of all threats affecting each species' population hosted by the region and can quantify the potential contribution of threat mitigation and habitat restoration in a particular region towards global biodiversity goals. The larger the STAR metric score, the larger the contribution of a specified area for global species conservation.

The STAR metric restoration scores per state / district was calculated, considering the rate of recovery of a species’ population to calculate how much restoring the lost historical habitat of each species in each state/district of India could contribute towards reducing their global extinction risk.

An important step to reduce biodiversity loss in India will be the generation of high spatial resolution quantitative information on threats affecting individual species in different regions as well as regions where habitat restoration can yield best outcomes for the species.