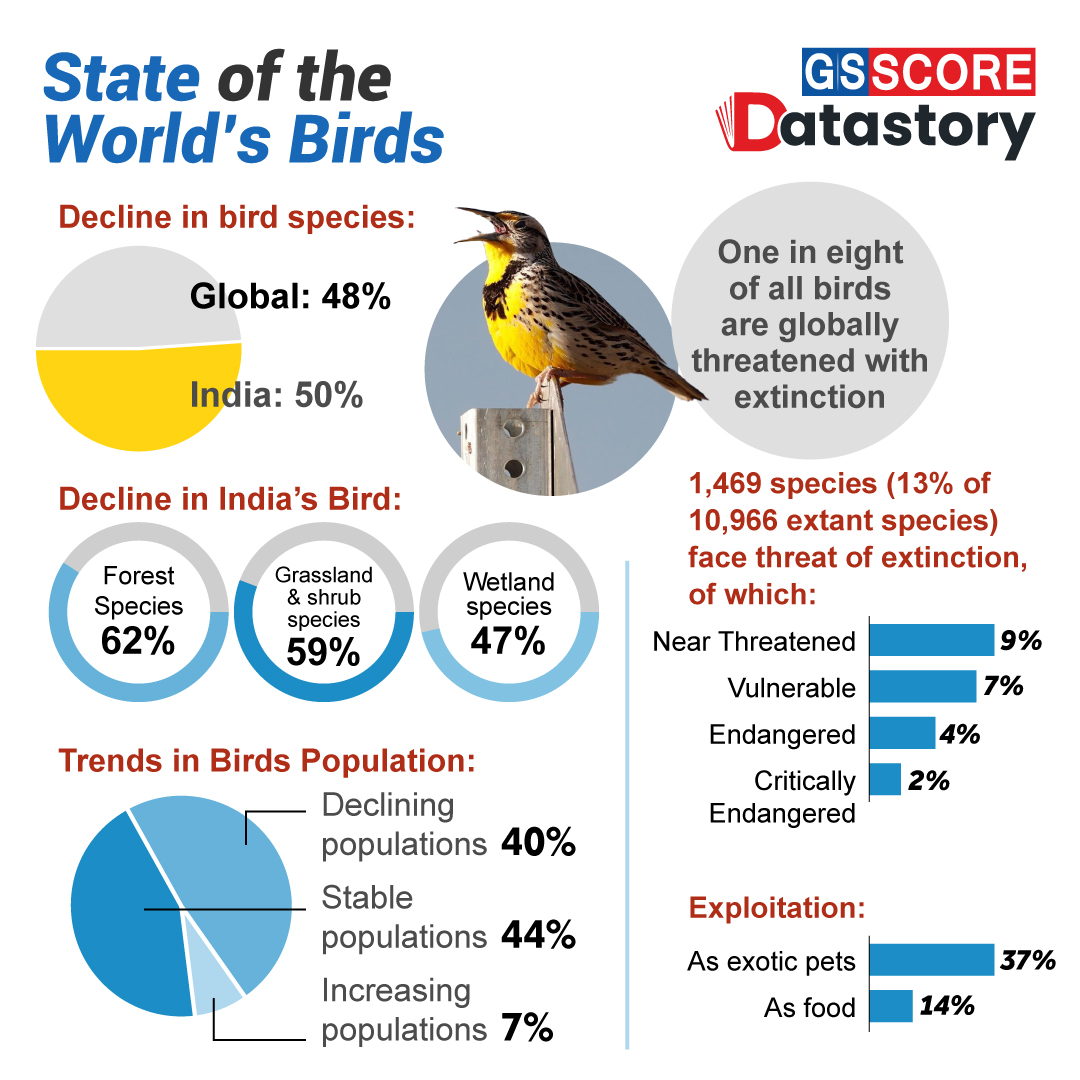 Birds are one of the best known and most highly valued elements of the natural world, comprising more than eleven thousand different species, an extraordinary variety, ranging from hummingbirds to ostriches, from penguins to eagles. Each species is unique, in its appearance, in its habits and in where it is found. Some occur in huge numbers and others are represented by only a handful of remaining individuals; some are relatively sedentary, with individuals spending their entire lives in an area of a few hectares, while others undertake extraordinary annual migrations, covering literally half the world.

The State of the World’s Birds, an annual review of environmental resources has attributed the threat to almost half of the 10,994 recognized extant species of birds to the expanding human footprint on the natural world and climate change.

Avian diversity peaks globally in the tropics and it is there that we also find the highest richness of threatened species. We know a lot less about the fortunes of tropical bird species than we do about temperate ones, but we are now witnessing the first signs of a new wave of extinctions of continentally-distributed bird species, which has followed the historic loss of species on islands like the dodo.

It has been recommended conducting reliable estimates of population abundance and change; novel and more effective solutions applied at scale for demand reduction for over harvested wild birds; monitoring green energy transitions that can impact birds if inappropriately implemented; eradication of populations of invasive alien species, and shifting human societies to economically sustainable development pathways, among others, to deal with bird diversity loss.

This data story highlights the data inferred from the “State of World’s Bird” report.