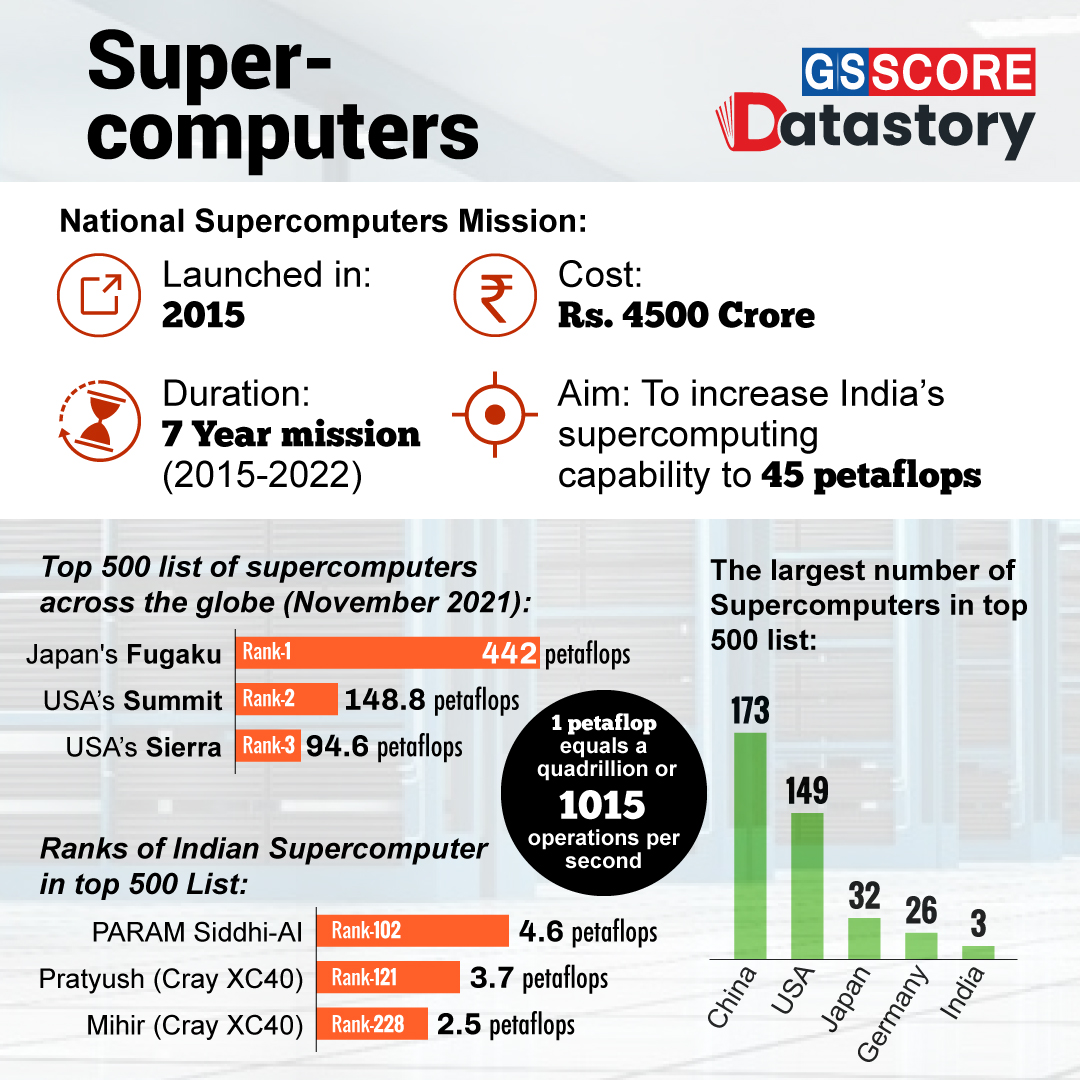 Since information moves quickly between processors in a supercomputer (compared to distributed computing systems) they are ideal for real-time applications. Supercomputers are used for data-intensive and computation-heavy scientific and engineering purposes such as quantum mechanics, weather forecasting, oil and gas exploration, molecular modeling, physical simulations, aerodynamics, nuclear fusion research and cryptanalysis.

India is fast evolving as a frontrunner in high power computing with the National SuperComputing Mission (NSM) with Supercomputing infrastructure already installed in 10 premier institutions like IITs, IISc, IISER Pune, JNCASR Bengaluru, various C-DACs, NABI Mohali, and benefitting researchers from several other institutions too. The final stage installation work is being carried out in 5 more institutions.

This will not only help meet the increasing computational demands of academia, researchers, MSMEs, and startups in areas like oil exploration, flood prediction as well as genomics, and drug discovery, but also firm up indigenous capability of developing supercomputers.

The National Supercomputing Mission (NSM) would be implemented jointly by the Ministry of Electronics and Information Technology (MeitY) and Department of Science and Technology (DST), Government of India. The main objectives of the mission are:

This data story aims to highlight relevant statistics with respect to supercomputers.