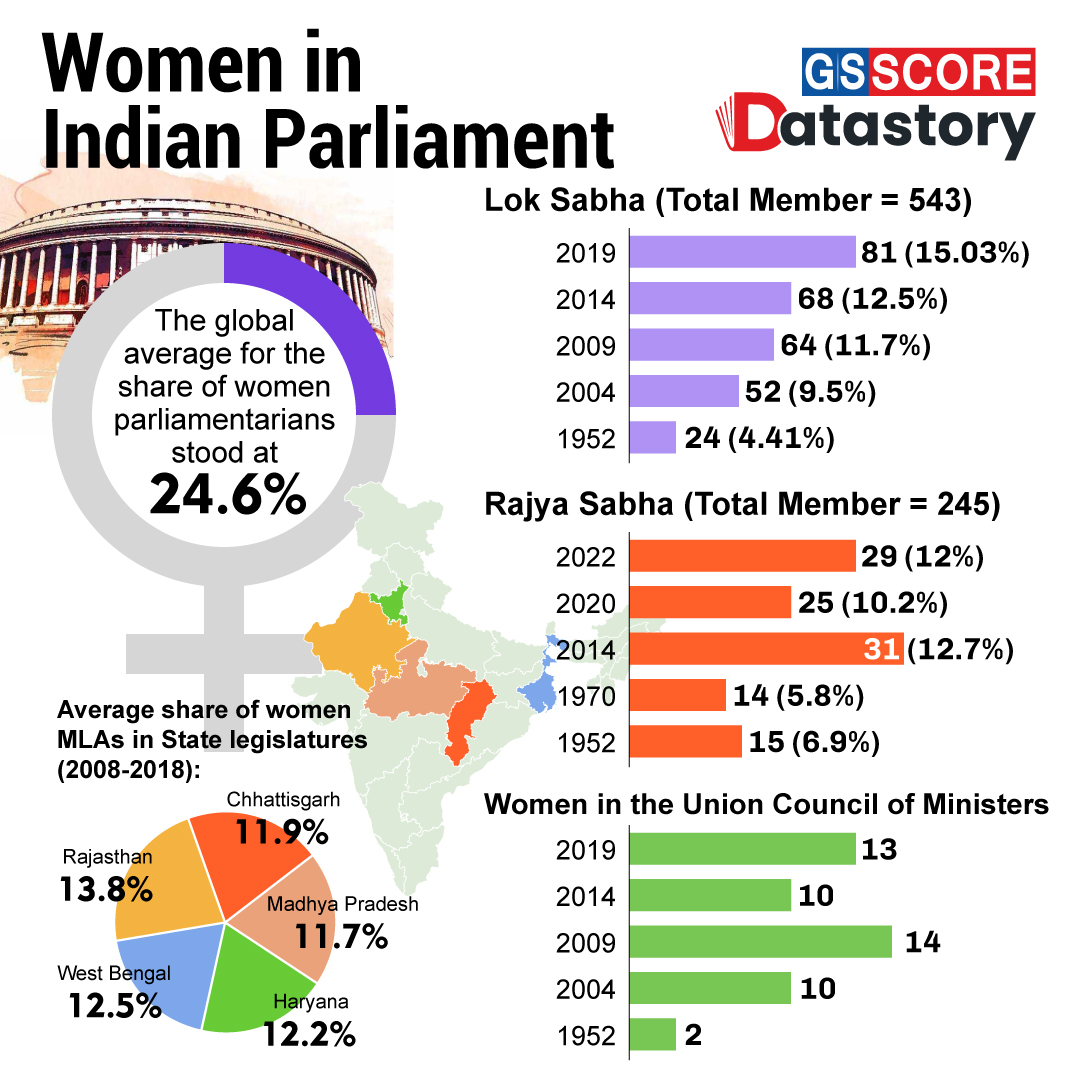 The current Lok Sabha has 81 women as MPs. If the Women's Reservation Bill is passed today, their number would jump to 180 in the next election. In the Rajya Sabha, the number of women as MPs would jump from current 29 to 81.

The current Women's Reservation Bill, hanging fire since 1996, proposes a quota of 33 per cent for women in parliamentary and state assembly elections. The bill has never attained political consensus but unlike other similar bills, it has not been pushed through Parliament by the force of majority of the ruling coalition in almost 25 years.

The story of the Women's Reservation Bills began in 1993, when panchayat laws were passed making it mandatory to have 33 per cent women at the grassroots level of democracy in the villages. In 1996, the then Dev Gowda government - a minority one - introduced the Women's Reservation Bill in Parliament. The bill could not be passed due to opposition by various political parties. Late Atal Bihari Vajpayee-led NDA-II government introduced the bill three times in Parliament - 1998, 1999 and 2003. All attempts ended in failure.

In other democracies like South Africa, Australia, Sweden, Germany and the UK, political parties have acknowledged this skew and course-corrected to enable a democracy that hears diverse voices on legislation and policy. Parties self-enforce with voluntary quotas or minimum limits of 33% or 50% women in their candidate lists and party leadership roles. Most of our neighbours, from Pakistan and Afghanistan to Nepal and Bangladesh, have reserved parliamentary seats for women. Both these tactics have boosted the number of women in world parliaments.

This data story aims to highlight the number of women in Indian Parliament over the years.

The global average for the share of women parliamentarians stood at 24.6%.

Number of Women Ministers in the Union Council of Ministers: