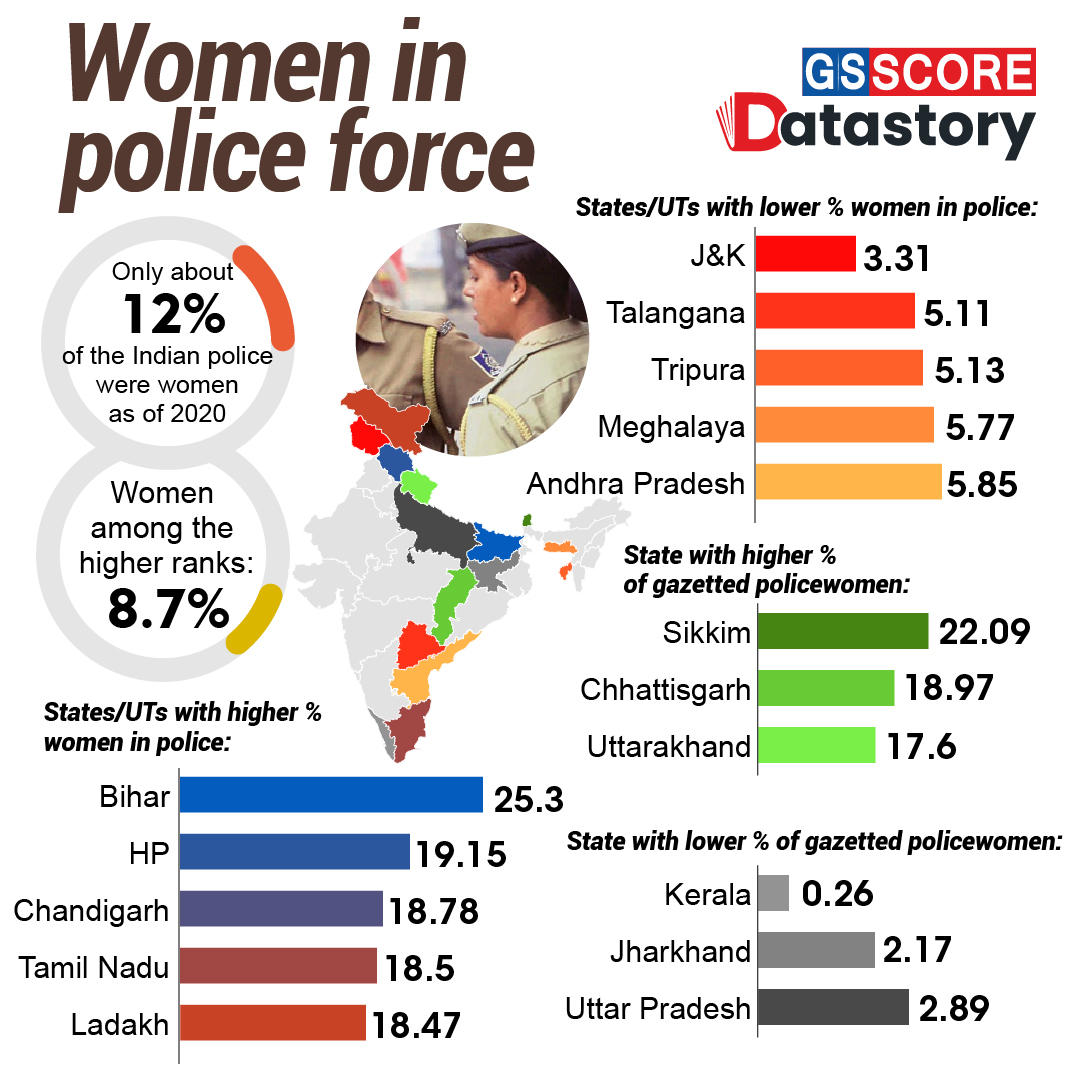 Our society is feudal or semi-feudal, where the gender roles are perfectly demarcated. However, with changing times and needs, that line is blurred and the gender roles are sometimes reversed. Violence against women, child abuse, and crimes against children and juveniles, motivated women to contribute to the criminal justice system. Women’s contribution to wars is also pivotal, and they are many times the front face of revolutions.

Fair representation and diversity positively in policing has positive impacts on the department as well as on society. It helps the minority of the country to trust the police personnel. Further, police organisations and armed forces are mandated to eliminate discrimination against women and ensure equality between men and women.

It is bound to guarantee the fundamental rights enshrined in the Constitution of India. Article 14 enshrines the right to equality before the law and emphasizes non-discrimination between the citizens of the country.

Secondly, under Article 15, the State is allowed to make special provisions for vulnerable groups such as women and children.

Lastly, Article 16 mandates the State to provide equal opportunity in matters of public employment, such as the police institutions, and to rectify the disadvantages that curtail women.

Further, being a signatory to Universal Declaration of Human Rights (UDHR), the International Covenant on Civil and Political Rights (ICCPR), the Convention on the Elimination of all Forms of Discrimination Against Women (CEDAW) and several other conventions and treaties, India is obligated to ensure ‘principle of equities in its full spirit.  Thus, to implement the above constitutional rights and UN Conventions, various initiatives have been taken by the Government.

At 25.3 per cent, Bihar leads the list of 25 states for employing most women in its police force, according to the second annual survey on police, prisons, judiciary and legal aid, India Justice Report

This data story highlights the numbers related to women in the Police force in India.