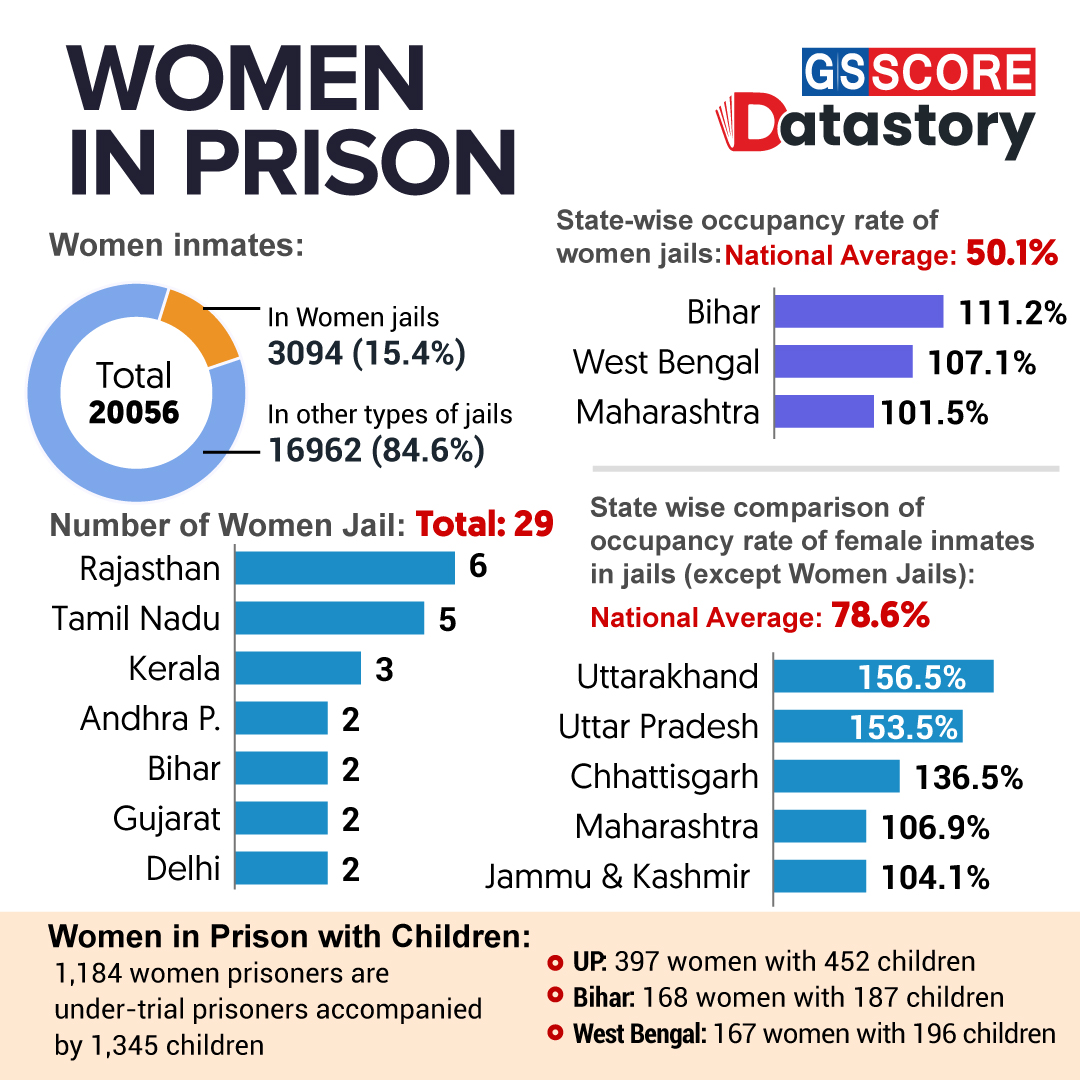 Prison administration is an important component of the criminal justice system. Prison institutions are known by different names in different countries like ‘Correctional Facilities’, ‘Detention Centre’, ‘Jails’, ‘Remand Centre’ etc. There is a paradigm shift in social viewpoint towards prisoners in the last century.

This data story aims to highlight statistics of women in prison.