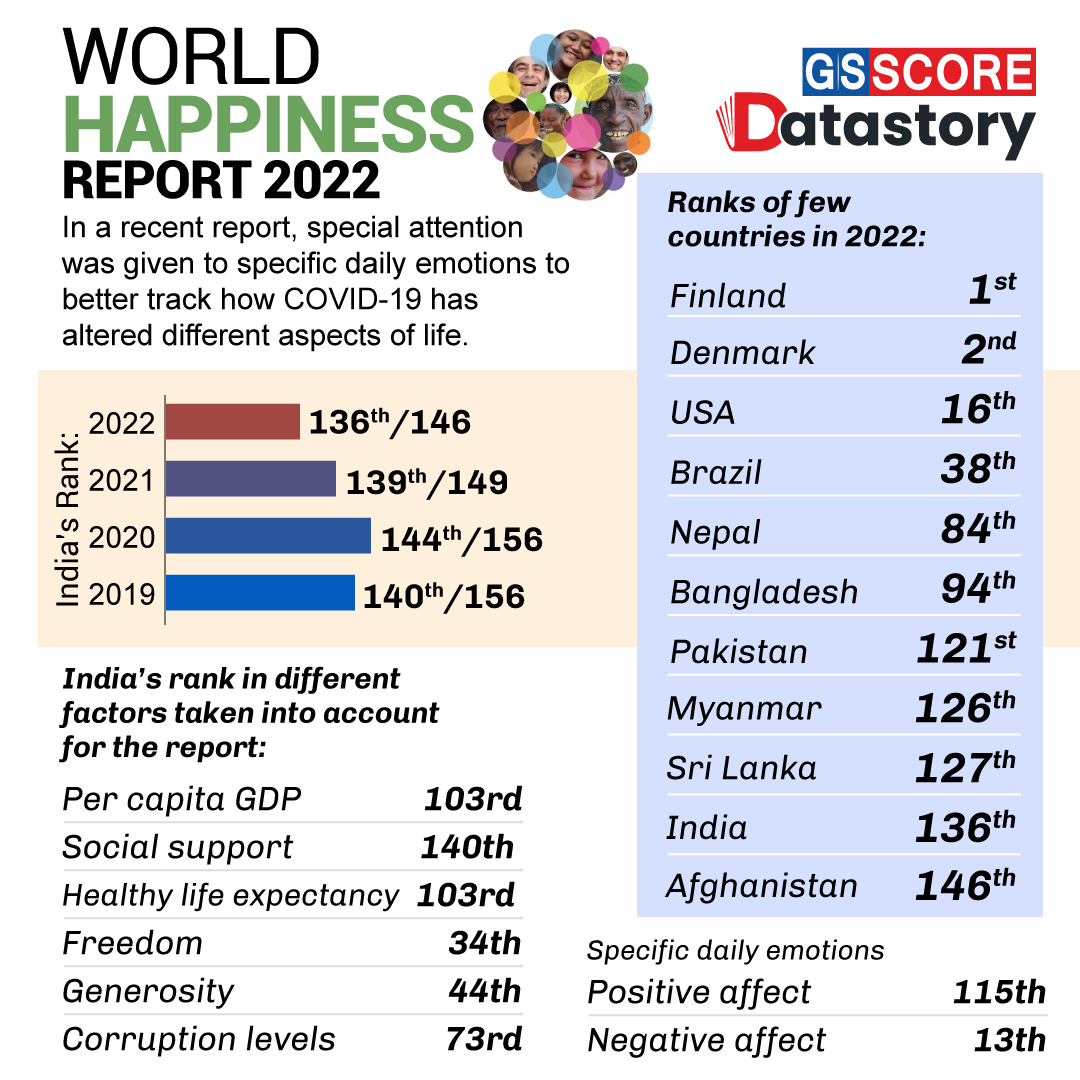 India may be one of the fastest-growing economies of the world, but it is among the least happy countries. Ahead of the UN International Day of Happiness, observed on March 20, the World Happiness Report 2022 ranked India 136th — tenth from the bottom of the list — while Finland topped the charts for the fifth year in a row.

The World Happiness Report is a publication of the Sustainable Development Solutions Network powered by the Gallup World Poll data. The report, which is in its tenth year, uses global survey data to report on how people evaluate their own lives, besides economic and social parameters. The rankings are based on average data of a three-year period of 2019-2021.

Although India improved its position in the list compared to last year, it ranks lower than its neighbours such as China, Sri Lanka, Nepal, and Pakistan.

Serbia, Bulgaria, and Romania made the biggest gains in this year’s rankings, while Lebanon, Venezuela and Afghanistan saw the biggest fall in their rankings.

This data story aims to highlight India’s ranking in the Global Happiness Report.