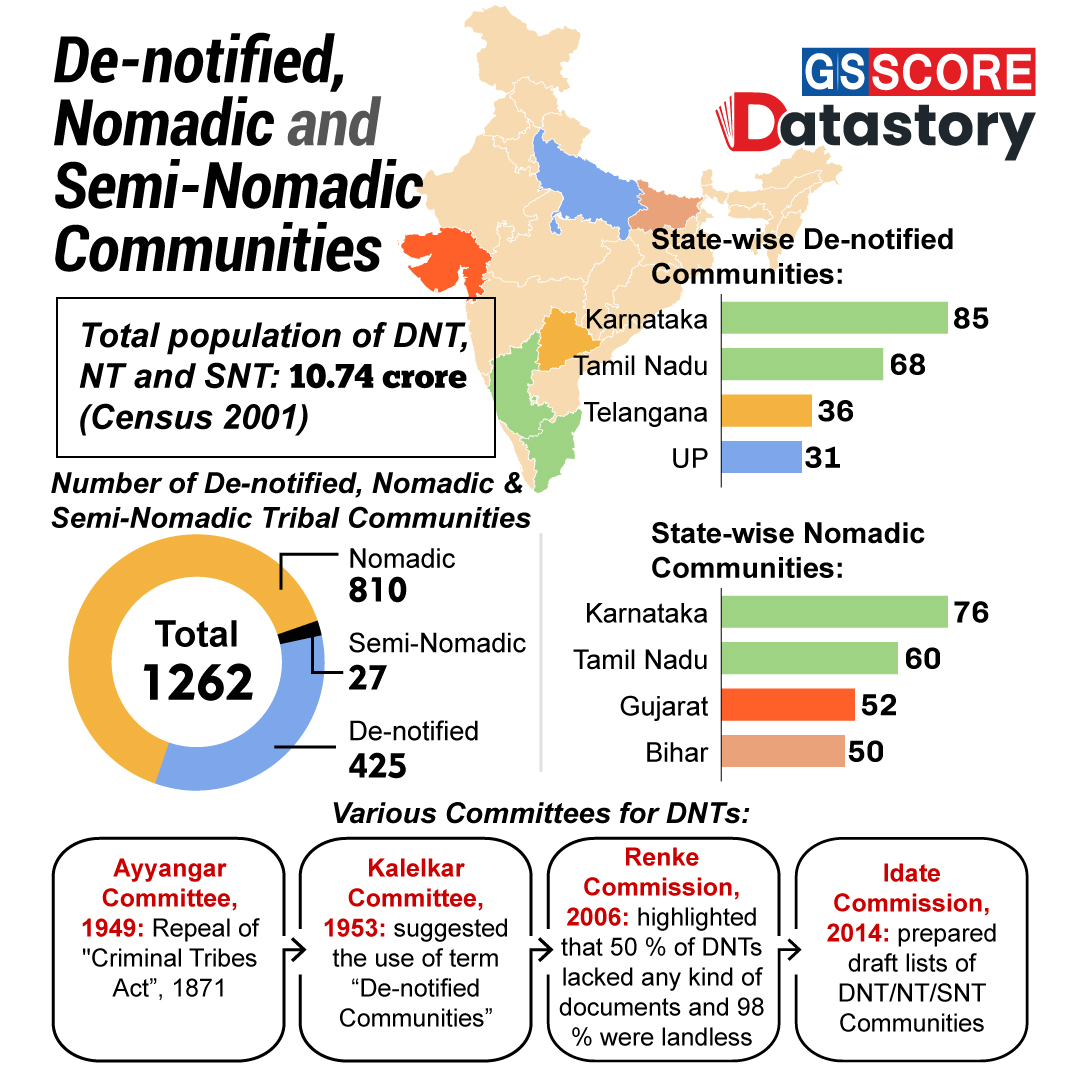 De-notified Tribes, Nomadic Tribes and Semi Nomadic Tribes (DNT, NT and SNT) are one of the most deprived and economically weaker communities in India. There are historical reasons for this. The misery of these communities began with the enactment of the Criminal Tribes Act, 1871 during British rule.

This Act was the most draconian law passed by the British colonial state, under which millions of nomadic and semi-nomadic communities were declared criminals and put under continuous surveillance, making their lives impossible. These communities were subjugated, persecuted and neglected. The policies of the colonial government affected lives and livelihood adversely. Little did the colonial state realize the plight of these communities after they were branded as criminals under various colonial Acts? This led to the forcible alienation from their traditional occupations and habitations. They remained hunter-gatherers and pastoral/peripatetic.

The Criminal Tribes Act, 1871 was repealed in 1952, following the adoption of the Indian Constitution. However, many de-notified tribes continue to face the ‘taint of criminality’ — the police, courts and society continue to view them as criminals. Narratives of genetic criminality have been replaced with narratives of economic need, group immorality, compulsive indiscipline or addiction to narcotic substances. They are default suspects in cases of theft and dacoity — indiscriminate detention, arrest without warrant, recording of photographs and fingerprints for surveillance and custodial torture continue to be methods practiced by state agencies against these communities.

The four components of the Scheme for Economic Empowerment of DNTs are10:

This data story aims to highlight the De-notified, Nomadic and Semi-nomadic Communities.