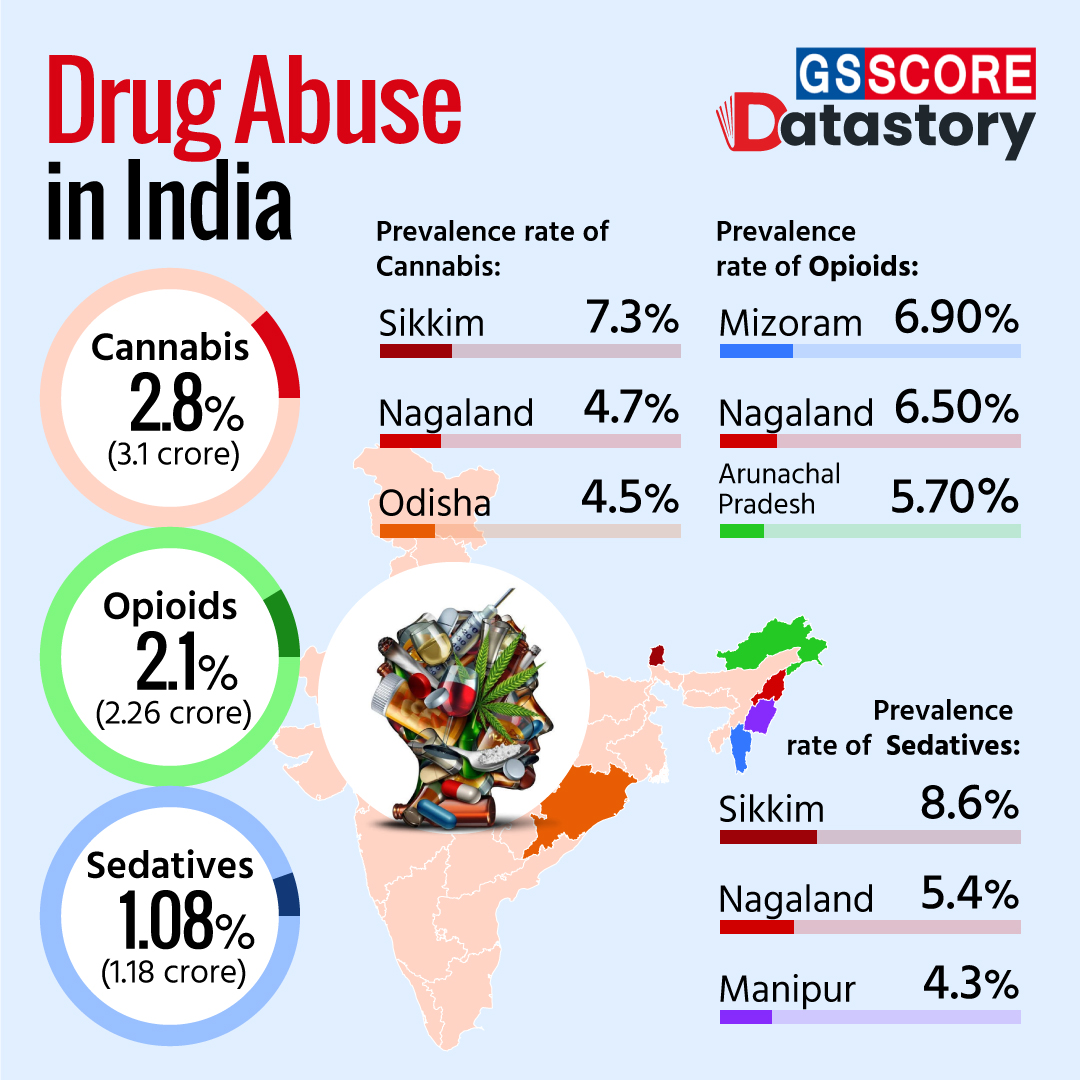 According to the Global Burden of Disease Study, illicit drugs are estimated to have killed nearly 7.5 lakh people worldwide in 2017 alone. The estimated number of lives lost in India was 22,000. According to some estimates, the global drug trafficking trade is worth a staggering $650 billion.

Ministry of Social Justice and Empowerment (MoSJE), Government of India, commissioned a National Survey on Extent and Pattern for Substance Use in India. The National Drug Dependence Treatment Centre (NDDTC), All India Institutes of Medical Sciences (AIIMS), New Delhi was entrusted with the responsibility to lead the technical and scientific aspects of the National Survey. The primary objective of the National Survey was to assess the extent and pattern of substance use in each state and UT.

After Alcohol, Cannabis and Opioids are the next commonly used substances in India. About 2.8% of the population reports having used any cannabis product. About 2.1% of the country’s population use opioids which include Opium, Heroin and a variety of pharmaceutical opioids.

Other categories of drugs such as, Cocaine (0.10%) Amphetamine Type Stimulants (0.18%) and Hallucinogens (0.12%) are used by a small proportion of country’s population.

This data story aims to provide insights on substance abuse in India.