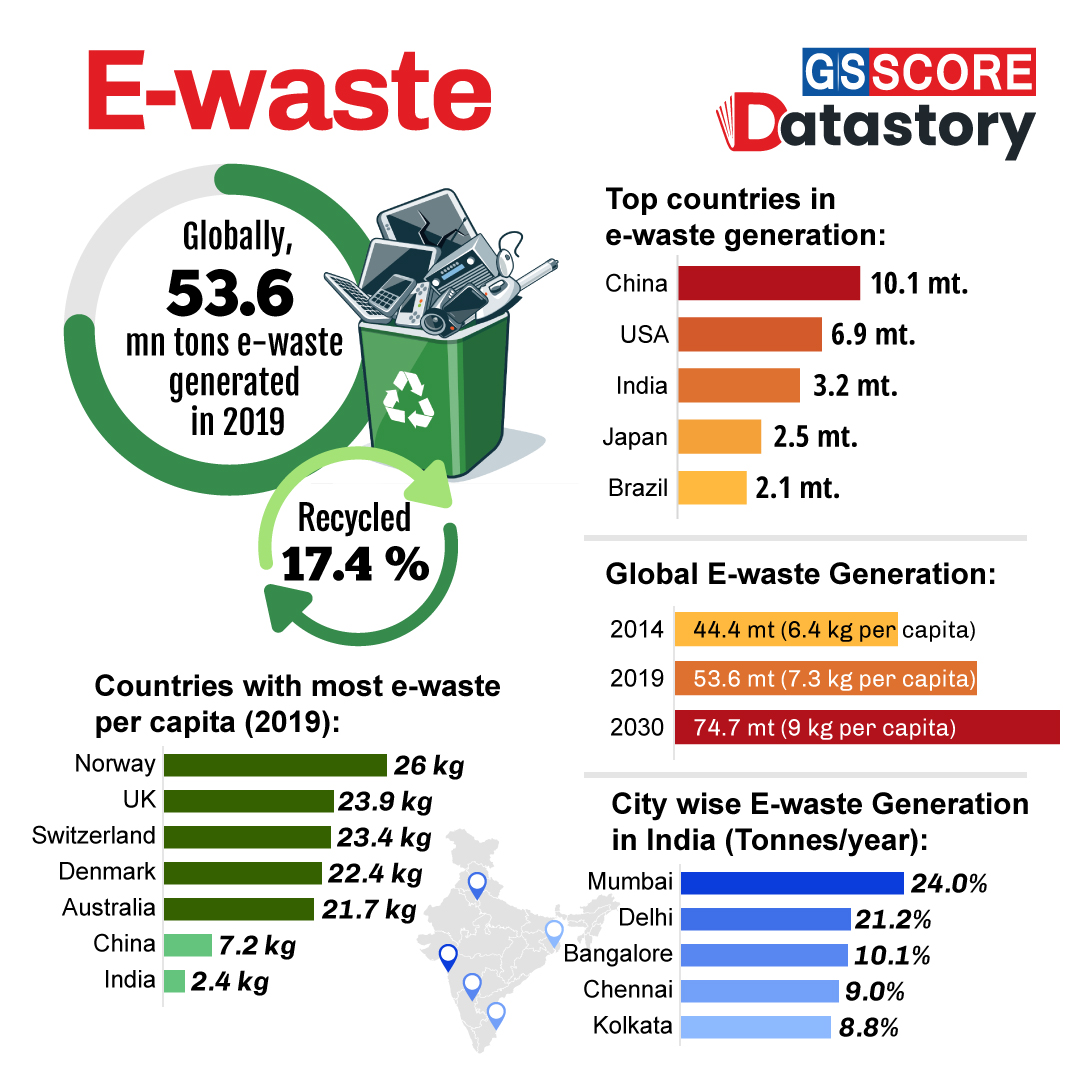 E-waste contains several toxic additives or hazardous substances, such as mercury, brominated flame retardants (BFR), and chlorofluorocarbons (CFCs), or hydrochlorofluorocarbons (HCFCs). The increasing levels of e-waste, low collection rates, and non-environmentally sound disposal and treatment of this waste stream pose significant risks to the environment and to human health. A total of 50 t of mercury and 71 kt of BFR plastics are found in globally undocumented flows of e-waste annually, which is largely released into the environment and impacts the health of the exposed workers.

Improper management of e-waste also contributes to global warming. First of all, if the materials in e-waste are not recycled, they cannot substitute primary raw materials and reduce greenhouse gas emissions from extraction and refinement of primary raw materials. Next, the refrigerants that are found in some temperature exchange equipment are greenhouse gases. A total of 98 Mt of CO2-equivalents were released into the atmosphere from discarded fridges and air-conditioners that were not managed in an environmentally sound manner. This is approximately 0.3% of global energy-related emissions in 2019.

According to the Global E-waste Monitor, 53.6 million tons of electronic waste was generated worldwide in 2019. The figure increased by 21 percent in just five years, making e-waste the fastest growing domestic waste stream in the world. The largest producer of electronic waste is China with a total of 10.1 million tons. In 2019, the formal documented collection and recycling was 9.3 Mt, thus 17.4% compared to e-waste generated.

In 2019, most of the e-waste was generated in Asia (24.9 Mt), while the continent that generates the most in kg per capita is Europe (16.2 kg per capita). Europe is also the continent with the highest documented formal e-waste collection and recycling rate (42.5%). In all other continents, the e-waste documented as formally collected and recycled is substantially lower than the estimated e-waste generated.

India is the third largest electronic waste generator in the world after China and the USA and these three countries together contributed 38% of total waste.

This data story aims to highlight the e-waste generation statistics of the world and India.