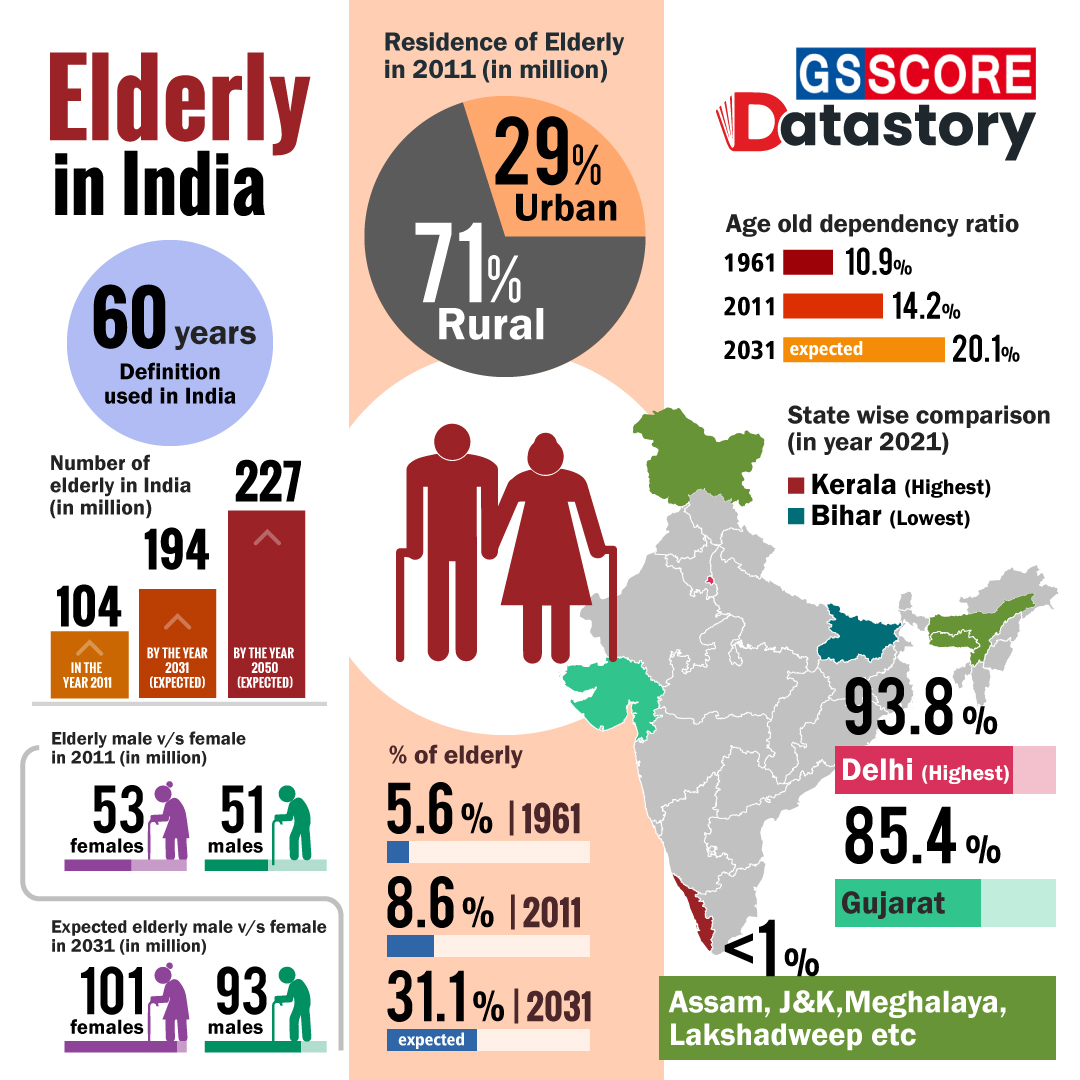 This has posed multiple challenges for India. Firstly because India is not well prepared for this transition being a developing country and secondly, the decline of the joint family system towards nuclear family has increased this vulnerability. Thus, it is necessary to assess the status of elderly population, their presence across states, formal education among elderly, crime rate against them and dependency ratio in India.

In this direction, this data story has largely been prepared by using data from Census 2011, National Statistical Office (NSO)’s Elderly in India 2021 report and World health organisation (WHO).