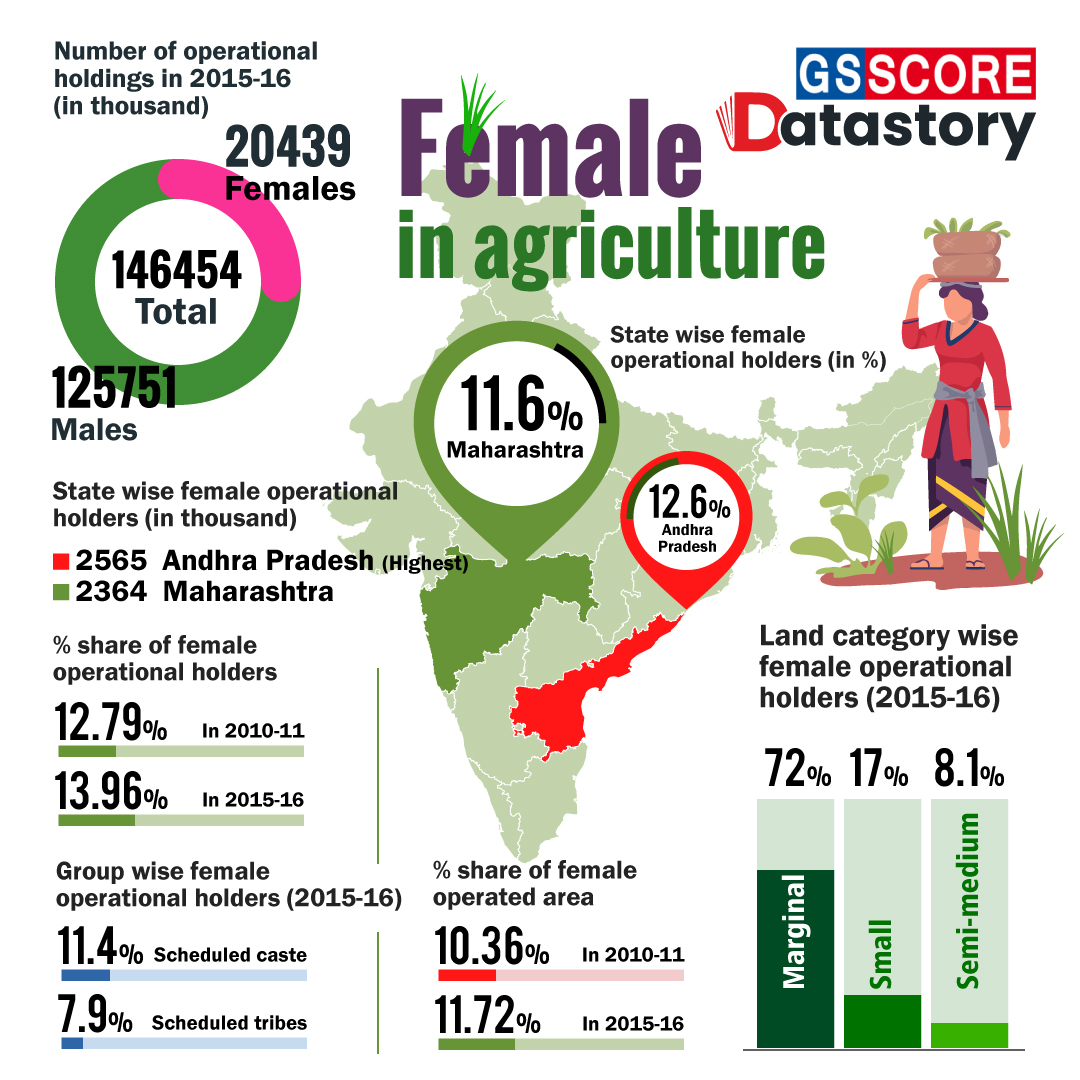 Agriculture is the largest employer in the country which accounts for about half of the workforce. It has been observed that there is an increasing trend of feminisation of agriculture. While it is interesting to note that females are increasing in agriculture but the land ownership is largely controlled by women.

Women in agriculture are affected by issues of recognition and in the absence of land rights, female agricultural labourers, farm widows, and tenant farmers are left bereft of recognition as farmers, and the consequent entitlements. The root of the problem begins at the official lack of recognition of the female agricultural worker, and the resultant exclusion from rights and entitlements, such as institutional credit, pension, irrigation sources, etc. According to the India Human Development Survey (IHDS, 2018), 83 percent of agricultural land in the country is inherited by male members of the family and less than two percent by their female counterparts.

Thus, this data story is aimed at highlighting the status of women in agriculture at all India level with state-wise, land wise and social category-wise values. The data story has largely been prepared by using data from Agriculture census 2015-16.