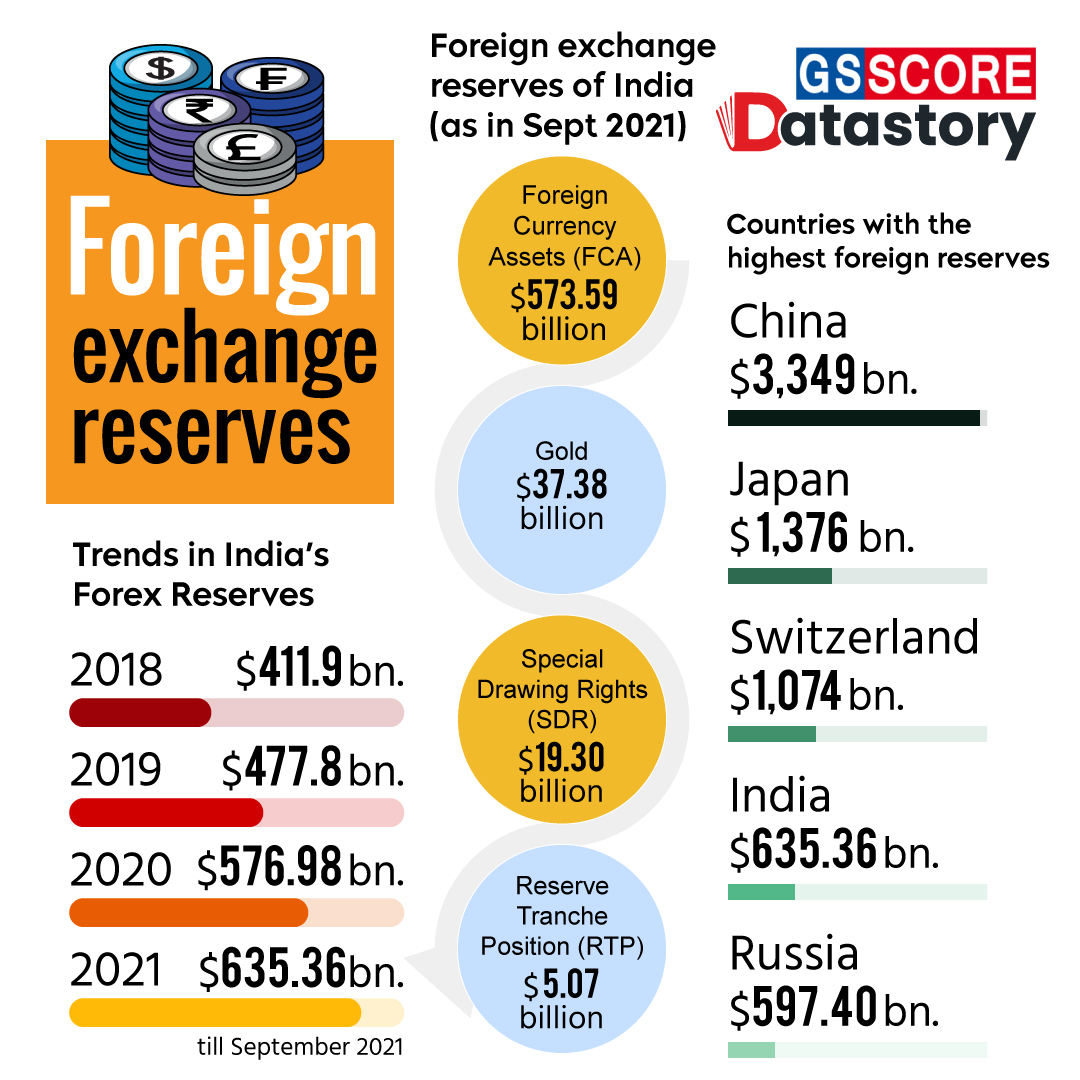 Foreign Exchange Reserves are important assets held by the central bank in foreign currencies as reserves. They are commonly used to support the exchange rate and set monetary policy. Most of the reserves are usually held in US dollars, given the currency’s importance in the international financial and trading system. Some central banks keep reserves in Euros, British pounds, Japanese yen or Chinese yuan, in addition to their US dollar reserves.

What are the objectives of holding forex reserves?

This data story aims to show comprehensive details of Forex Reserves Of India as of September 2021.