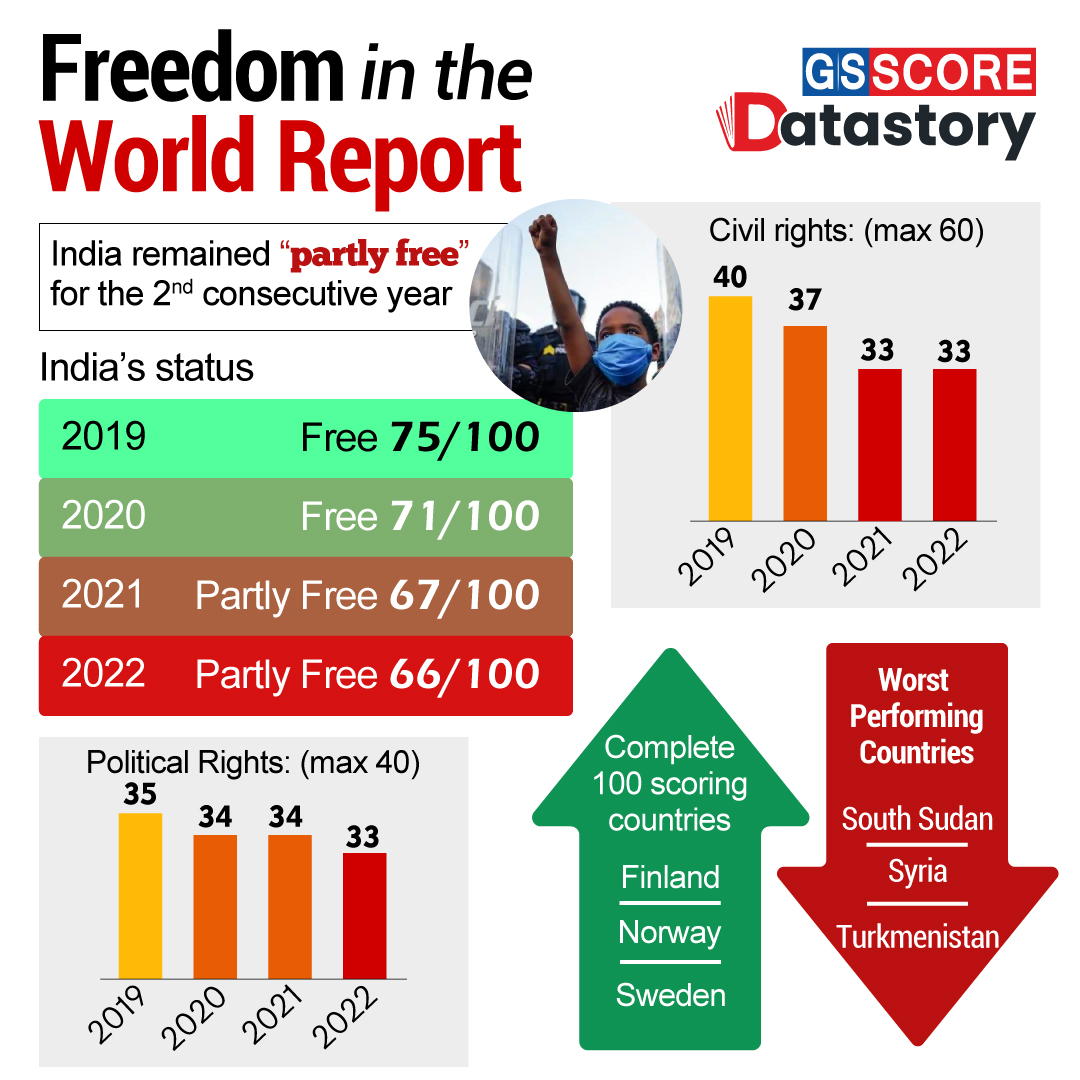 Freedom House is the oldest American organization devoted to the support and defense of democracy around the world. It was formally established in New York in 1941 to promote American involvement in World War II and the fight against fascism.

In 1973, Freedom House launched an entirely new initiative, a report that employed the methods of social science analysis to assess the level of freedom in each country in the world, with a numerical score and ranking as Free, Partly Free, or Not Free.  The report is known as Freedom in the World.  Through the years, Freedom in the World has gained attention and influence in the media, the policy world, among foreign governments, and among educators and scholars.  Freedom in the World has been called the “Michelin Guide to democracy’s development” and “essential reading for policymakers and political leaders.”

Freedom in the World is the most widely read and cited report of its kind, tracking global trends in political rights and civil liberties for almost 50 years. The 2022 report is titled, “Freedom in the World 2022 – The Global Expansion of Authoritarian Rule”.

The scores are based on:

This data story aims to present the detailed picture of India’s score in ‘Freedom of the world’ report over the years.