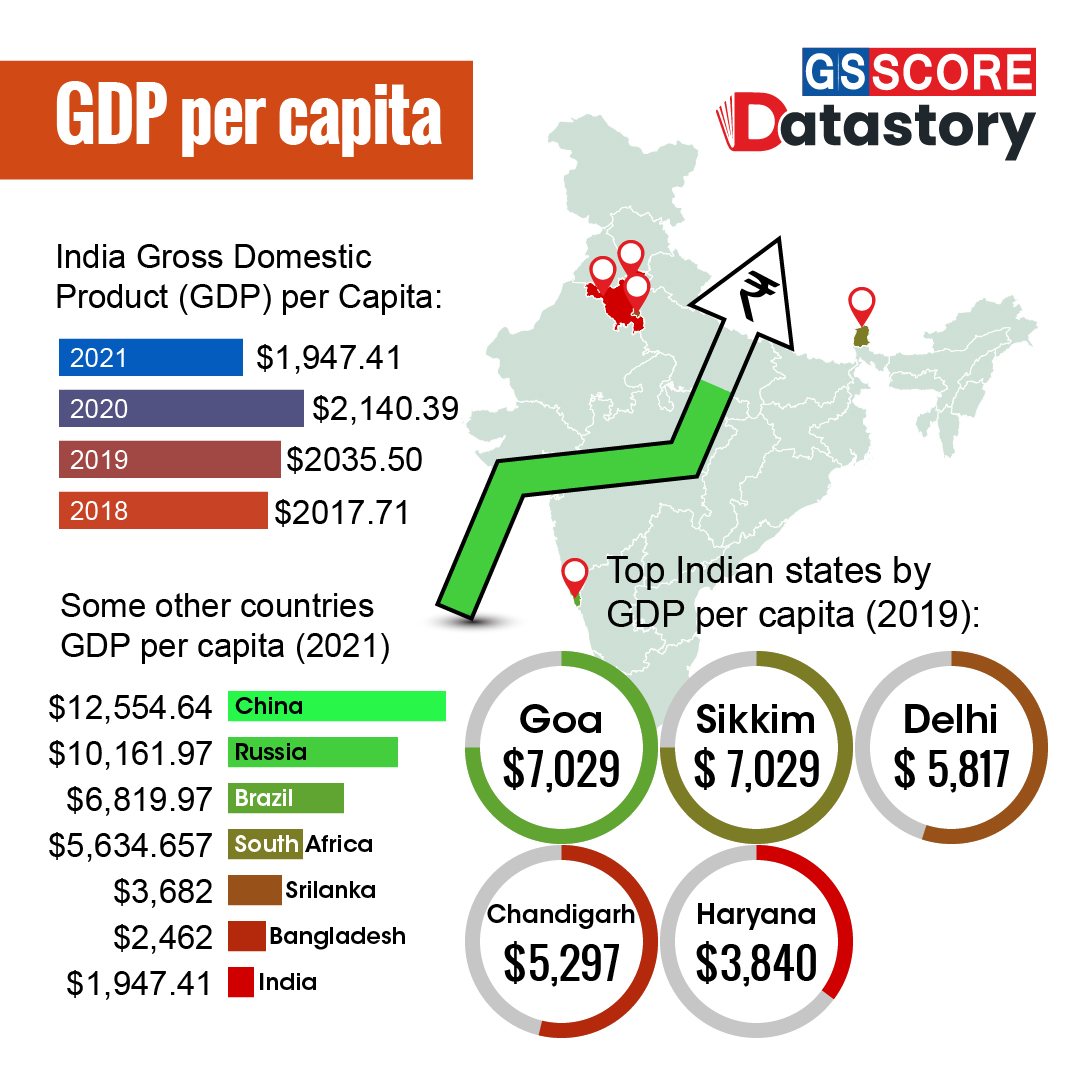 GDP per capita is gross domestic product divided by midyear population. GDP is the sum of gross value added by all resident producers in the economy plus any product taxes and minus any subsidies not included in the value of the products. It is calculated without making deductions for depreciation of fabricated assets or for depletion and degradation of natural resources.

India has technically slipped below Bangladesh in terms of per capita income as the neighbouring country reported its per capita income at $2,227 in the financial year 2020-21. Latest official data show that India’s per capita income reached $1,947.417, thanks to the sharp contraction in the economic growth due to Covid-19 pandemic and the subsequent nationwide lockdown.

Goa has the highest per capita income among 33 Indian states and union territories, followed by northeast state Sikkim. Capital Delhi, Chandigarh, and Haryana complete the top five lists. Among the five richest economies of India, three are states, and two are union territories.

Among Top seven richest states/UTs, five have a population of less than two cr (20 million). And, one has a population below three crores. 6th ranked Karnataka has the highest figure among states population having more than three cr, followed by Kerala, Telangana, Gujarat, and Uttarakhand. All five South Indian states have higher GDP per capita than India's average. Bihar, Uttar Pradesh, Jharkhand, Manipur, and Assam are the top five poorest states.

This data story aims to give a picture about GDP per capita of India over the years.