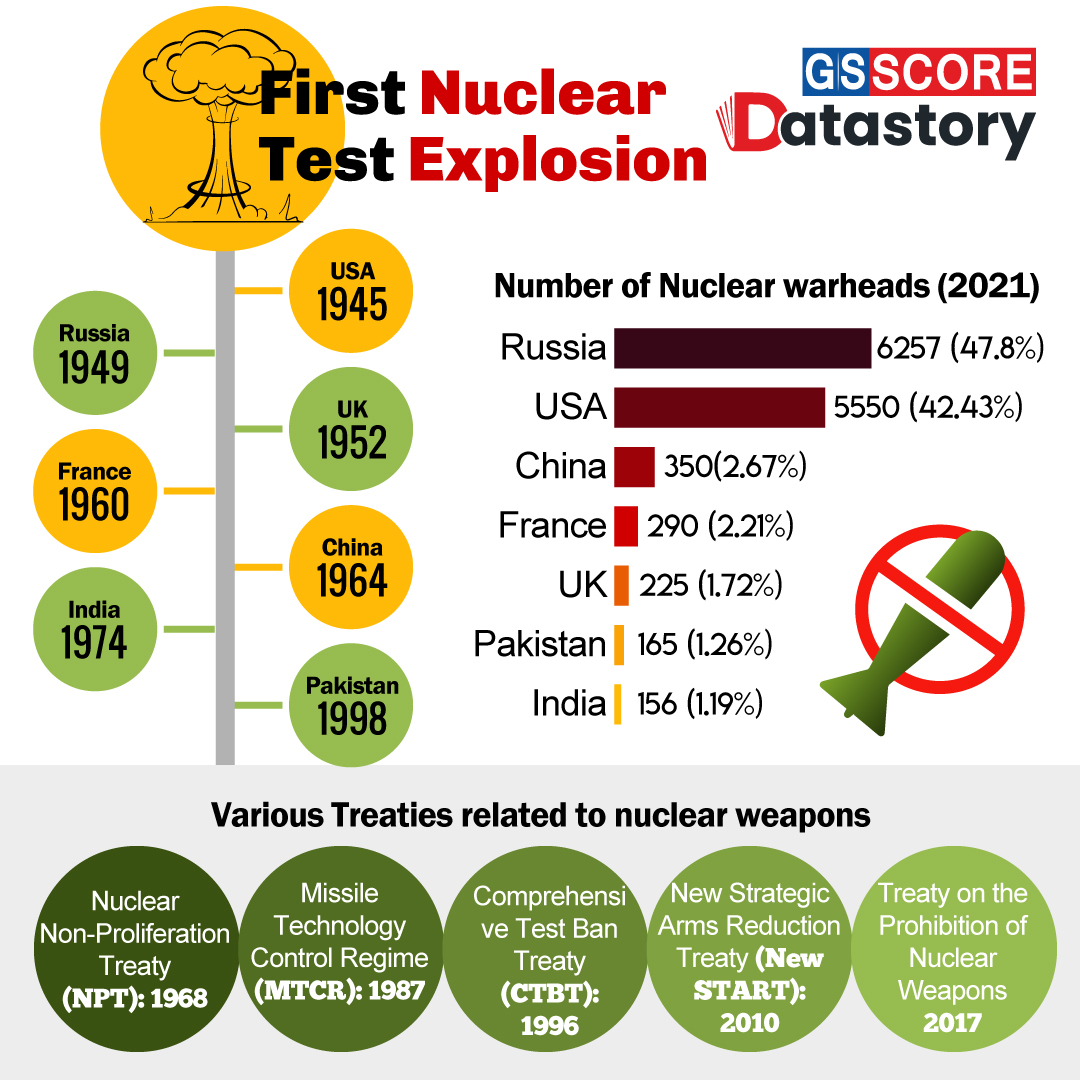 The world's nuclear-armed states possess a combined total of about 13,080 nuclear warheads. North
Korea, the ninth nuclear-weapon state, is estimated to have produced enough fissile material for 40-50 warheads, although the actual size of its stockpile remains unknown. The nuclear-weapon states (NWS) are the five states—China, France, Russia, United Kingdom, and the United States—officially recognized as possessing nuclear weapons by the NPT.

India, Israel, and Pakistan never joined the NPT and are known to possess nuclear weapons. India first tested a nuclear explosive device in 1974. That test spurred Pakistan to ramp up work on its secret nuclear weapons program. India and Pakistan both publicly demonstrated their nuclear weapon capabilities with a round of tit-for-tat nuclear tests in May 1998.

Israel has not publicly conducted a nuclear test, does not admit or deny having nuclear weapons and states that it will not be the first to introduce nuclear weapons in the Middle East.

North Korea joined the NPT as a non-nuclear-weapon state but announced its withdrawal from the NPT in 2003 --a move that has not been legally recognized by the other NPT member states. North Korea has tested nuclear devices and nuclear-capable ballistic missiles.
This data story aims to highlight Nuclear weapons in world.