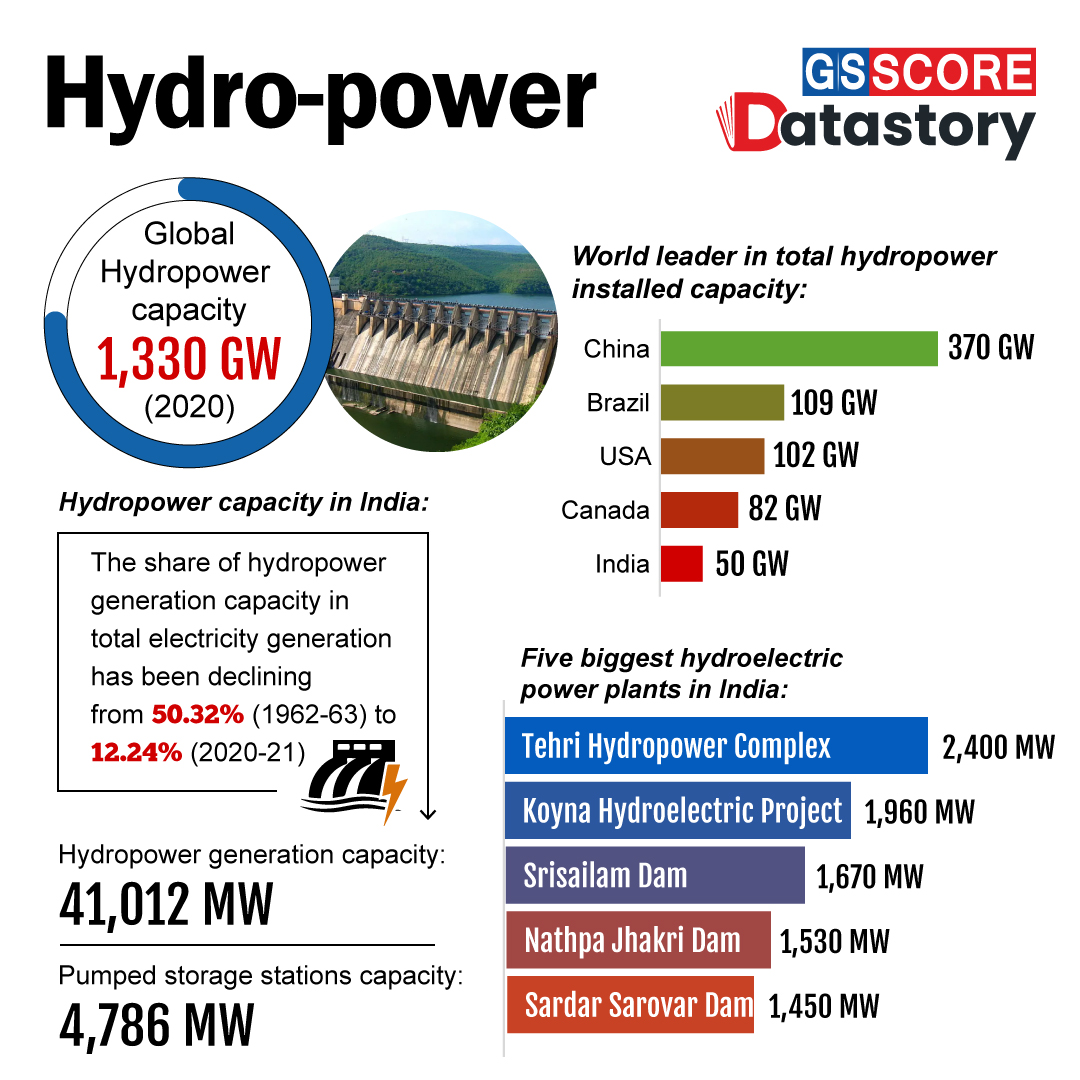 Cumulative hydropower capacity reached approximately 1,330 gigawatts in 2020. This was an increase compared to 2014, when slightly more than 1,000 gigawatts had been installed.
Hydropower is one of the most commonly used renewable energy sources. China is by far the largest contributor to hydropower capacity by country. As of 2020, China's hydropower and pumped storage plants had a capacity of 370.2 gigawatts.

Hydropower is harnessed from the kinetic energy derived from moving water. This power is often found in streams and rivers that flow from hills and mountains. Hundreds of years ago, this energy was used to power sawmills, domestic lifts, and many other domestic devices. In 1879, the first hydroelectric power plant was built at Niagara Falls and soon after began its operation to power a small city in Wisconsin. Generally, a hydropower plant consists of a plant where electricity is produced, a dam to control water flow, and a reservoir to store water. Hydropower accounts for nearly half of the total installed renewable capacity worldwide.

More than 90% of India’s hydroelectricity is operated by the public sector through companies like NHPC, SJVNL, NTPC-Hydro, NEEPCO. The Indian government recently announced a series of measures to support hydropower development, including declaring that large hydropower (more than 25 MW) is officially a renewable energy source.

This data story aims to highlight the hydropower capacity in the world and India.