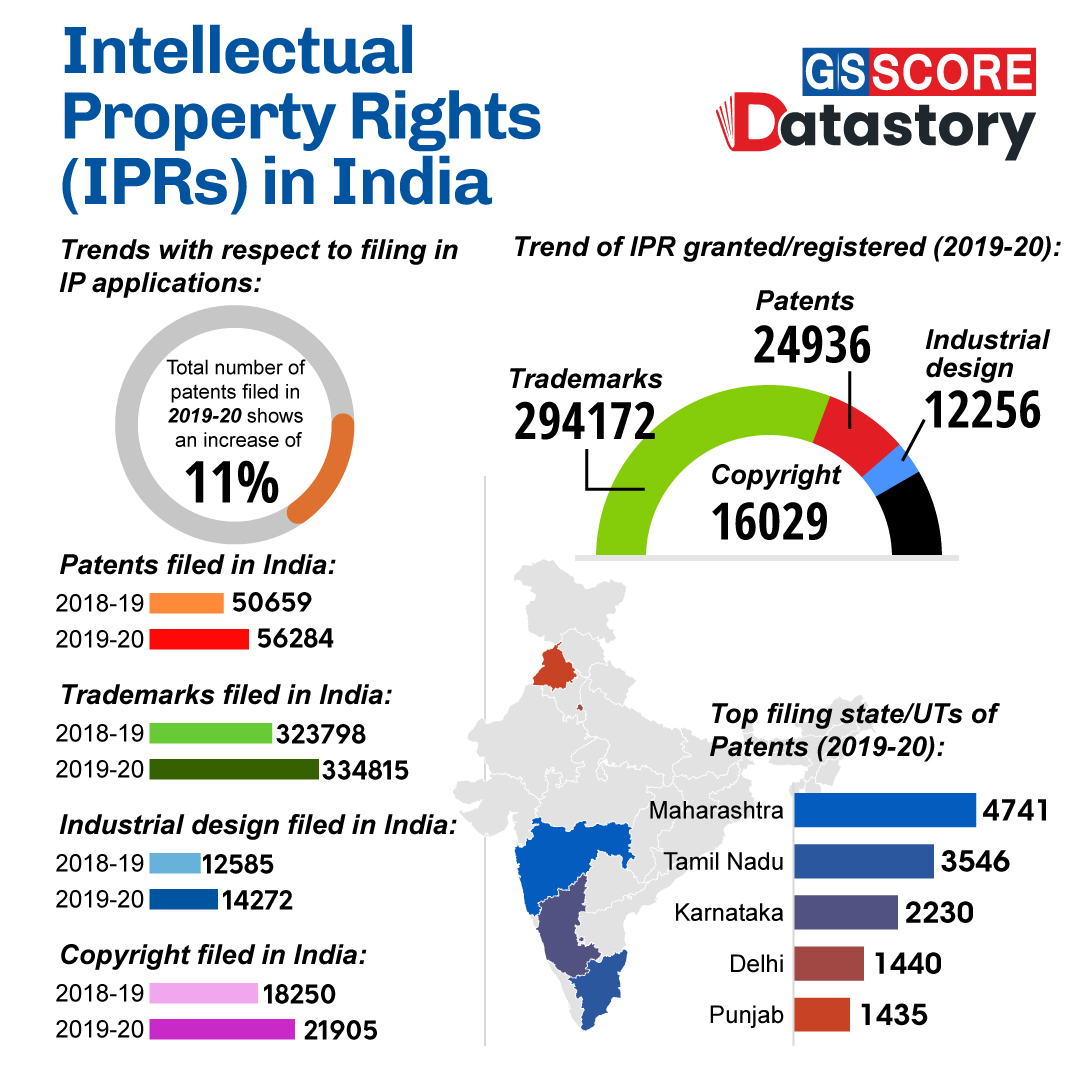 The ingenuity of the mind used for creation of a commercial entity or societal use is considered as the Intellectual Property (IP) of the concerned person i.e. inventor. The inventor has a legal right over these properties or inventions, which are termed as Intellectual Property Rights (IPRs). IP protection is critical to foster innovation. Currently, IPRs cover patents, copyrights, trademarks, industrial designs, geographical indications (GI), layout designs, trade secrets and new plant varieties. Without protection of ideas, individuals, as well as businesses, would not reap the full benefits of their inventions and thus would focus less on R&D.

Patents occupy a prominent position as global indicators for ranking of the world economies. In India, the patent system is administered by the office of the Controller General of Patents, Designs and Trademarks (CGPDTM) under the Department of Industrial Policy and Promotion (DIPP), Ministry of Commerce and Industry.

India’s global position, both in innovations and publications, has been rising over the years. According to the Global Innovation Index (GII) 2020, India’s GII ranking has improved significantly to 48 in 2020 from 81 in 2015. India made it to the top 50 in GII ranking for the first time in 2020. In terms of scientific publications, India ranked third in 2018 compared to sixth in 2014, according to the National Science Foundation (NSF) USA 2020.

This data story aims to highlight trends of IPRs In India.