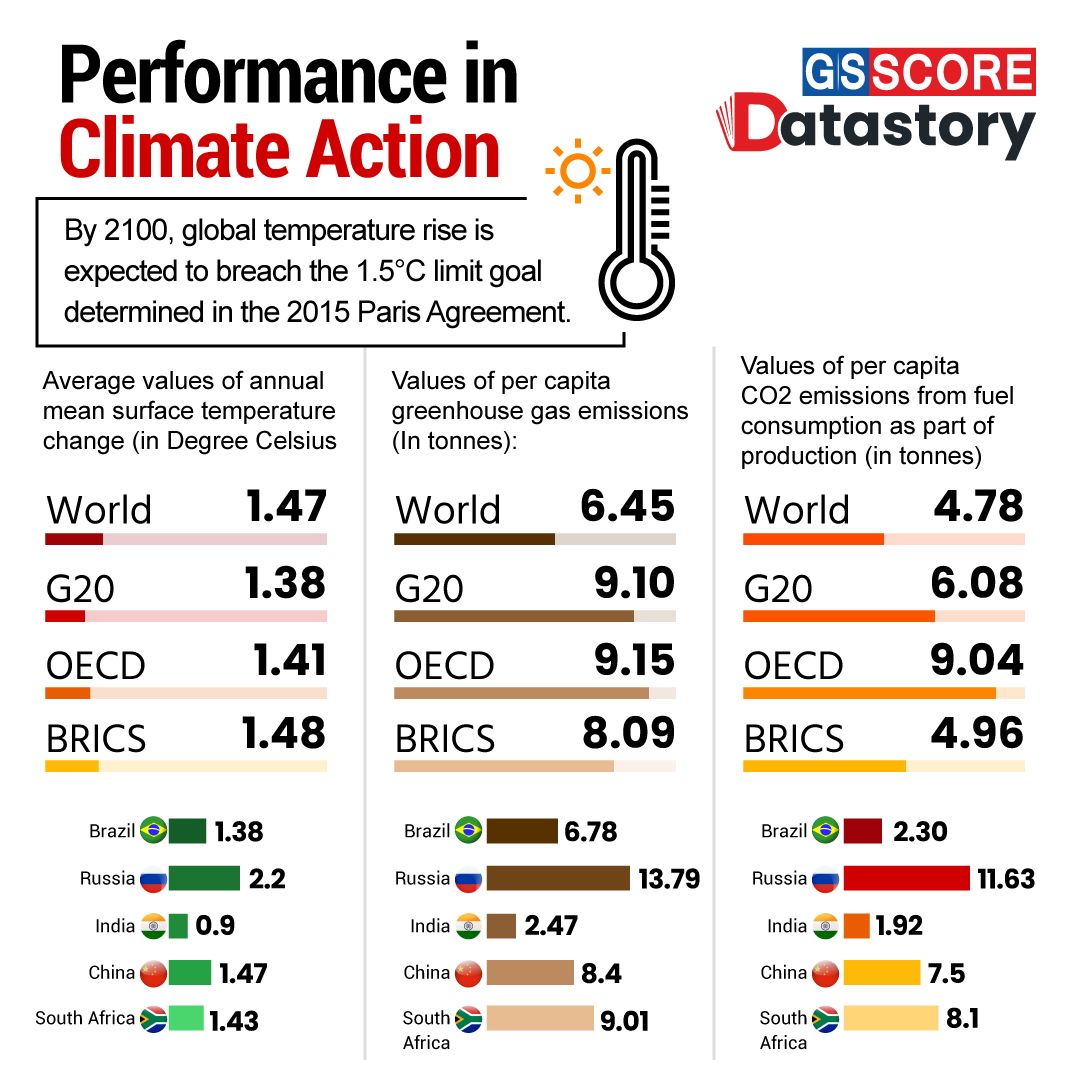 By 2100, global temperature rise (compared to pre-industrial levels) is expected to breach the 1.5°C limit goal determined in the 2015 Paris Agreement. According to the Intergovernmental Panel on Climate Change, global emissions need to be halved over the next decade, with net-zero emissions achieved by the middle of the century, to successfully bend the temperature curve towards 1.5°C and below.

BRICS outperforms the G20 and OECD in climate action performance in aggregate terms. India has outperformed the BRICS and the world on all indicators and is the ace performer among the BRICS nations.

Improving resource use and energy efficiency, expanding the use of renewable energy, improving energy security, universal and affordable access to modern energy, and diversifying energy resources are the key focus areas of the Indian power sector in terms of climate change mitigation.

This data story aims to give a comprehensive image of the performance of world groupings and India on different indicators in tackling climate change.