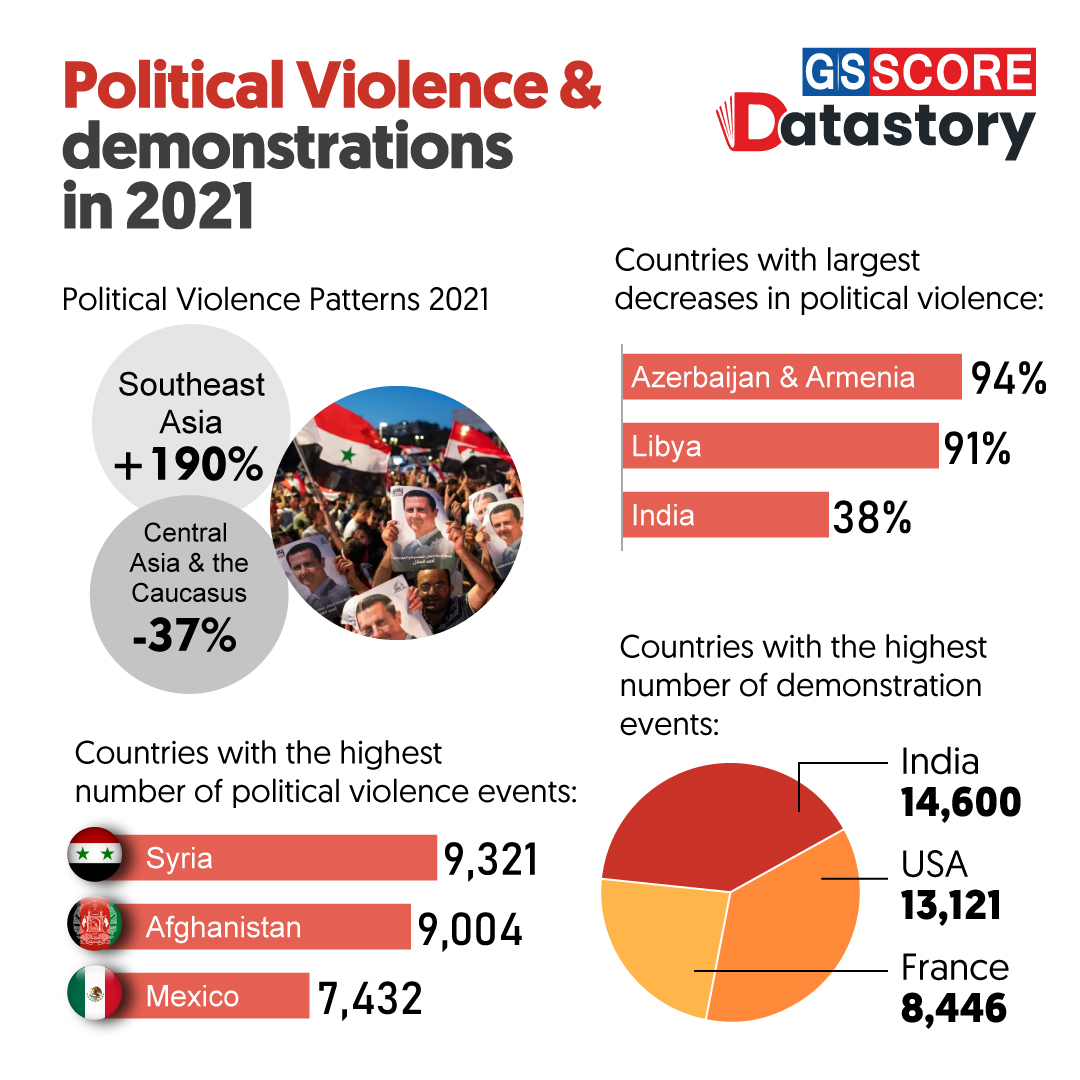 The Armed Conflict Location & Event Data Project (ACLED) is a disaggregated data collection, analysis, and crisis mapping project that tracks political violence and demonstrations around the world. ACLED is an event based data project, meaning that each engagement is recorded by date and location. Along with this information, ACLED records the actors, types of violence, and fatalities associated with each event — allowing for a multitude of ways to explore disorder dynamics.

ACLED records the highest number of demonstrations last year in India — 14,600 events — with approximately the same number of demonstrations as reported in 2020. The farmer-led anti-farm law demonstrations remained one of the dominant drivers of demonstration activity in the country throughout 2021. The farmer movement developed in 2020 in opposition to a series of government agricultural reforms aimed at deregulating the sale and pricing of farm produce. Farmers feared it would erode state subsidies and would leave farmers exposed to potential vulnerabilities under free-market conditions. On 9 December, Indian farmers announced an end to the demonstrations following the government’s repeal of the reforms — a rare successful outcome to a protest movement.

In short, the aggregate number of political violence events may have declined slightly last year, but if one were to come to the conclusion that the world has become less violent based solely on that metric, they would be mistaken. Disorder, in fact, took a turn for the worse in 2021, with political violence becoming more lethal, more focused on civilians, and more deadly when directed at protesters. This discrepancy highlights the complexity of disorder in 2021 – which becomes even more apparent when accounting for dramatic variations across and within geographic regions.

This data story aims to highlight statistics about Political Violence around the world as recorded by ACLED.