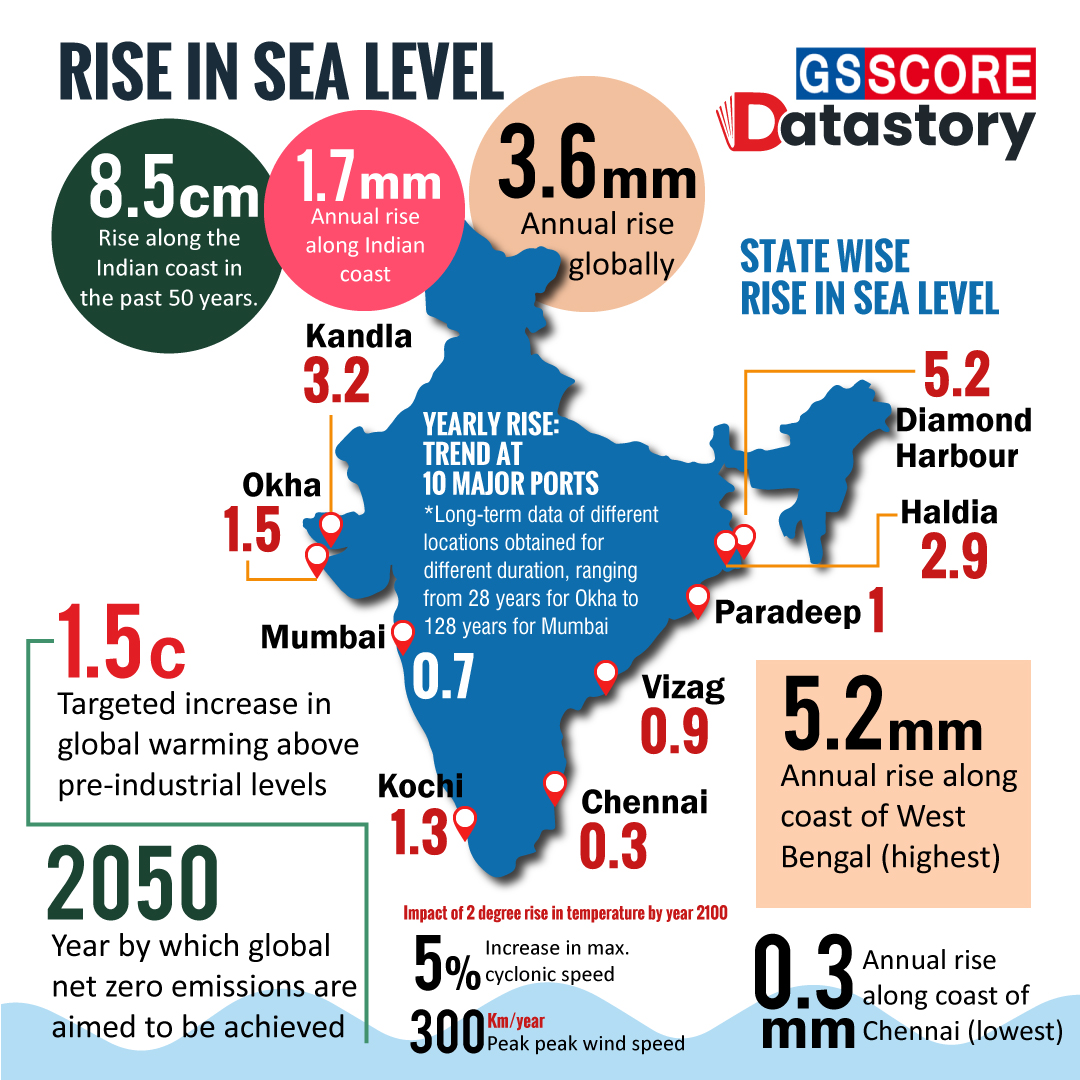 Sea level rise is one of the visible impacts of climate change caused by global warming. As the temperature increases, it leads to the increase in water level along the coasts. The data story uses data from the Indian National Centre for Ocean Information Services, Ministry of Earth Science and Intergovernmental Panel on Climate Change (IPCC) report to highlight the rise in sea level.

According to a report, if the world warmed by two degree Celsius by 2100 then there could be a 5 % increase in maximum cyclonic wind speeds and cyclonic wind speeds can peak at more than 300 kilometers per hour and cause damage to public infrastructure like electric poles, houses and vegetation.

To stop the rise in sea level, efforts are being made by the countries to limit the increase in temperature to 1.5 C above pre-industrial levels. Some steps that can be taken in this direction are-