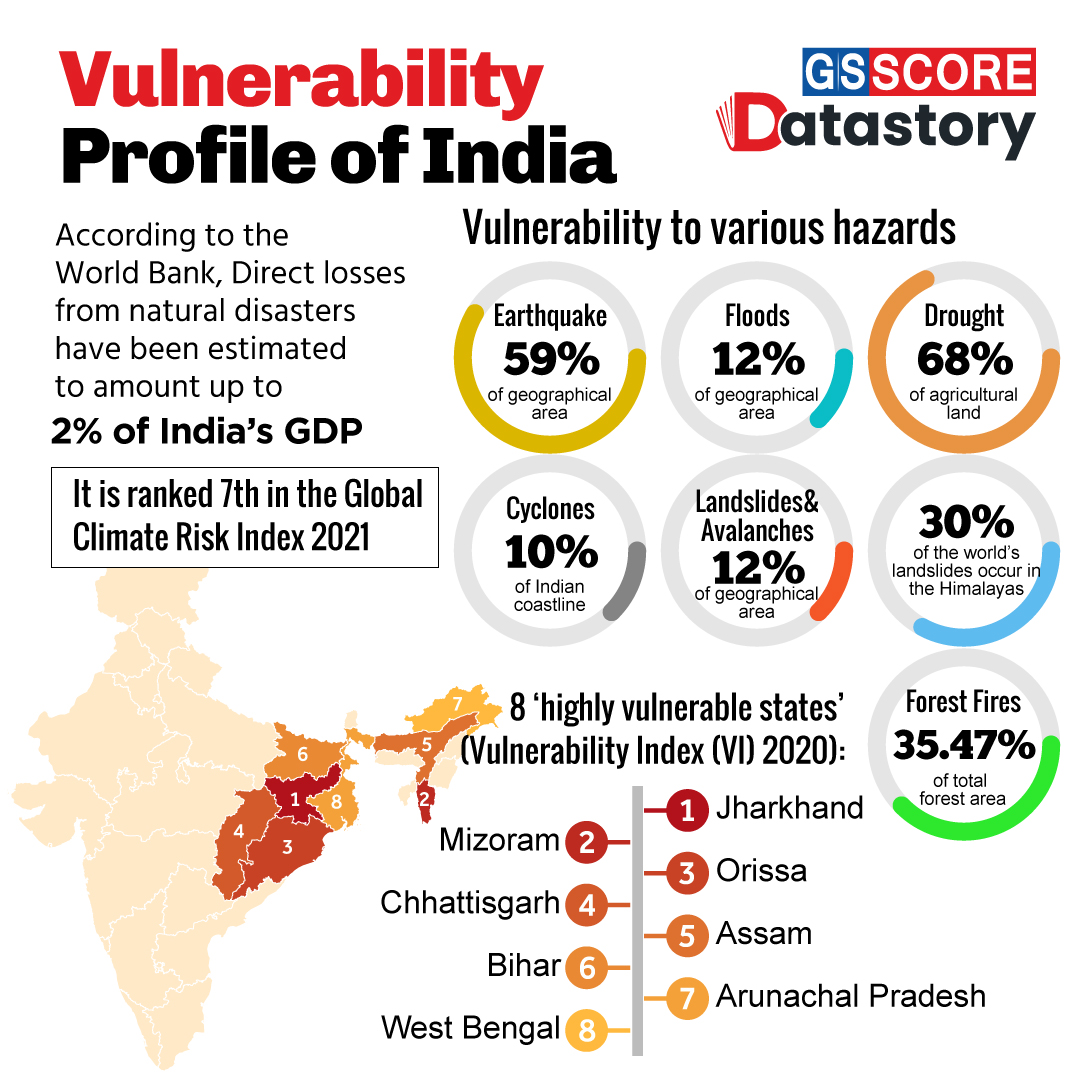 India has been vulnerable, in varying degrees, to a large number of natural, as well as, human-made disasters on account of its unique geo-climatic and socioeconomic conditions. It is highly vulnerable to floods, droughts, cyclones, earthquakes, landslides, avalanches and forest fires. Out of 36 states and union territories in the country, 27 of them are disaster prone.

India is one of the ten most disaster prone countries of the world. The country is prone to disasters due to a number of factors; both natural and human induced, including adverse Geo- climatic conditions, topographic features, environmental degradation, population growth, urbanization, industrialization, non-scientific development practices, etc.

The National Disaster Management Authority (NDMA) was initially constituted on May 30, 2005 under the Chairmanship of Prime Minister vide an executive order. The NDMA has been mandated with laying down policies on disaster management and guidelines which would be followed by different Ministries, Departments of the Government of India and State Government in taking measures for disaster risk reduction.

This data story aims to show the varying data on vulnerability of India to different natural disasters.