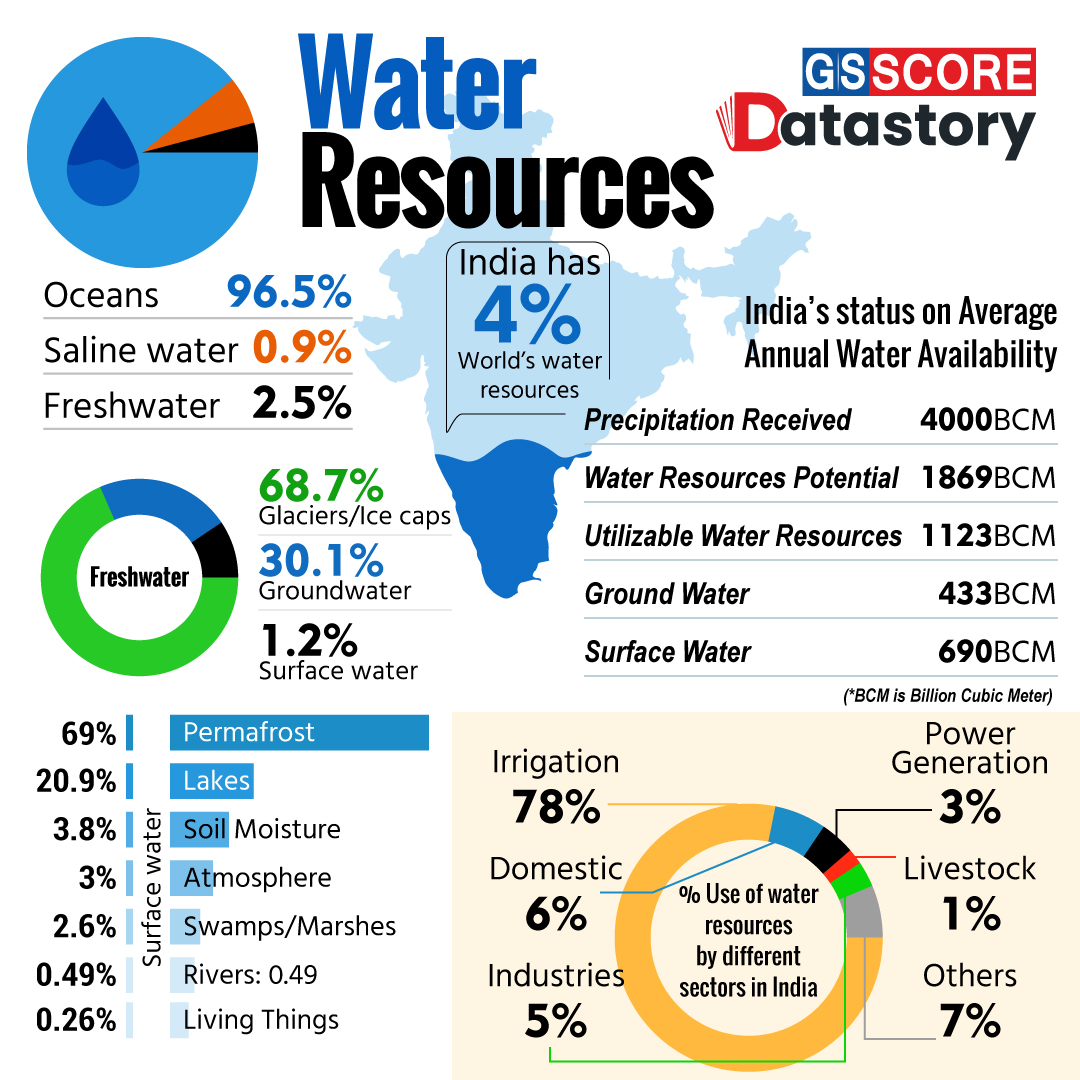 Water is essential for human survival and well-being and important to many sectors of the economy. However, resources are irregularly distributed in space and time, and they are under pressure due to human activity.

The world’s water exists naturally in different forms and locations: in the air, on the surface, below the ground, and in the oceans. Freshwater accounts for only 2.5% of the Earth’s water and most of it is frozen in glaciers and ice caps. The remaining unfrozen freshwater is mainly found as groundwater, with only a small fraction present above ground or in the air.

Our water resources face a host of serious threats, all of which are caused primarily by human activity. They include sedimentation, pollution, climate change, deforestation, landscape changes, and urban growth.

One of the most serious threats to water resources is the degradation of ecosystems, which often takes place through changes to landscapes such as the clearance of forests, the conversion of natural landscapes to farmland, the growth of cities, the building of roads, and surface mining. Each type of change to a landscape will have its own specific impact, usually directly on natural ecosystems and directly or indirectly on water resources.

This data story aims to give a brief account of water resources.