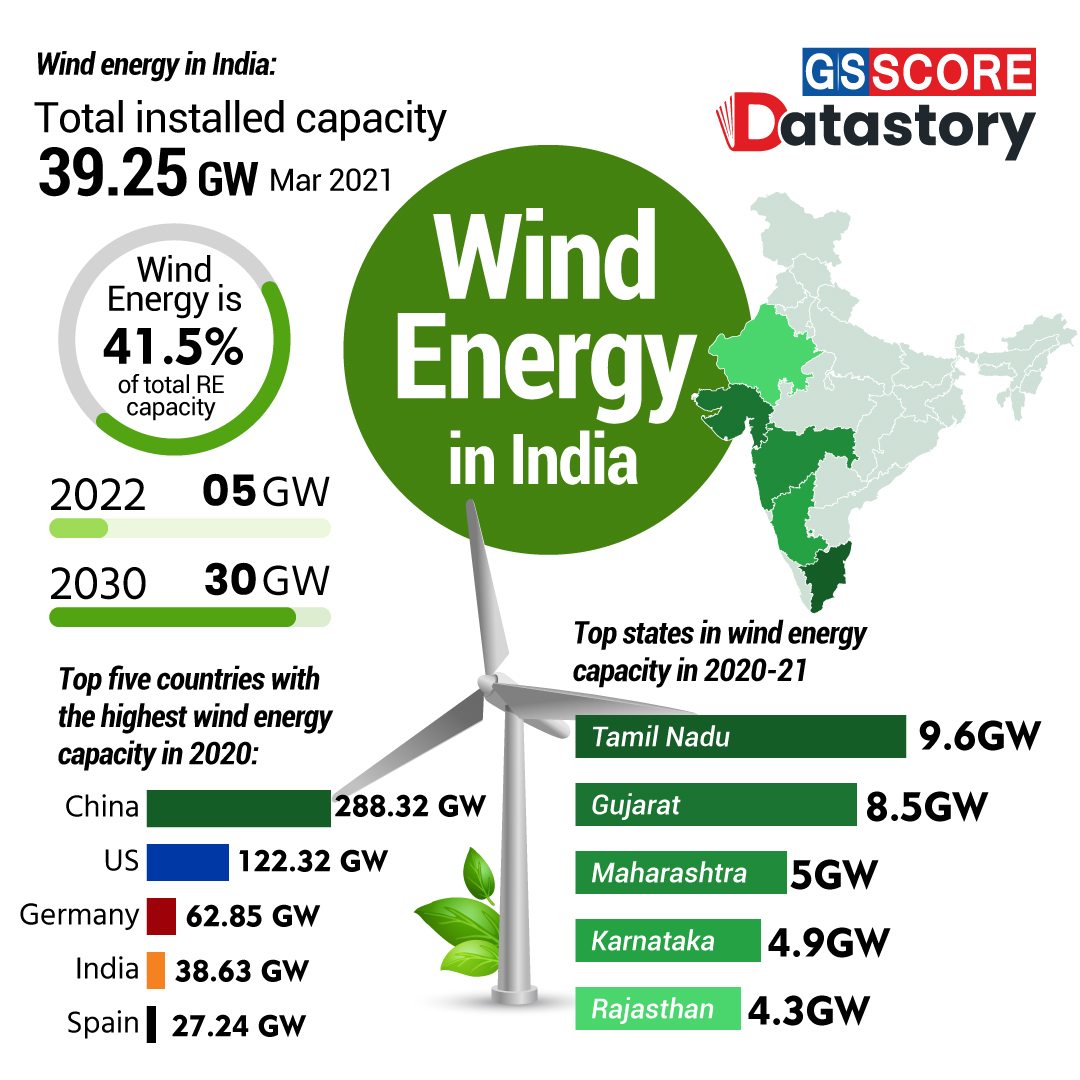 Wind Energy Capacity is growing rapidly around the world as countries transition away from fossil fuels in favour of low-carbon alternatives, in an effort to reduce emissions and limit global warming.

The technology can be deployed either onshore – which is by far the largest market – or offshore, using either fixed-bottom turbines anchored to the sea floor or, on a much smaller scale, floating structures that can be based in deeper waters.

The expansion of the wind industry has resulted in a strong ecosystem, project operation capabilities and manufacturing base of about 10,000 MW per annum. The country currently has the fourth-highest wind installed capacity in the world with total installed capacity of 39.25 GW (as on 31st March 2021)

Renewable Energy Sources (excluding large Hydro) currently accounts for 24.7% of India’s overall installed power capacity of 382151 MW. Wind Energy holds the major portion of 41.5% of total RE capacity (94434 MW) among the renewable and continued as the largest supplier of clean energy.

The Government of India has announced a laudable Renewable Energy target of 175GW by 2022 out of which 60GW will be coming from wind power.

This data story aims to give comprehensive details of Wind Energy Capacity in India.