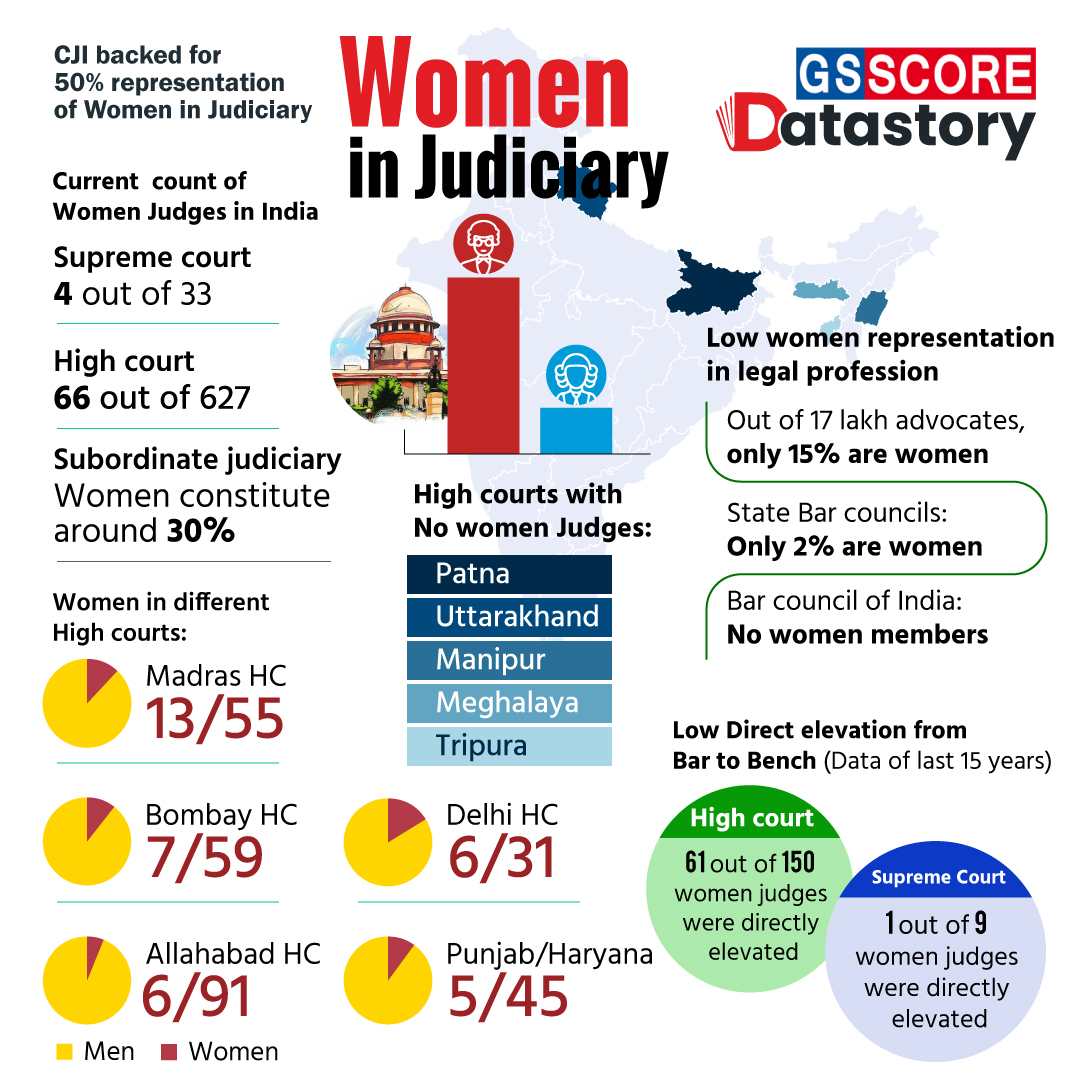 Chief Justice of India N.V. Ramana lamented the miniscule representation of women in the Indian judiciary. The CJI was speaking at an event organised by the Supreme Court Women’s Bar Association to felicitate the nine new judges appointed to the Supreme Court, including three women.

He asserted it was time 50 per cent of seats in the judiciary were reserved for women, as it was their right and not a matter of charity. He shared data to highlight the skewed gender ratio in the judiciary and said there are only 30 per cent women judges in the lower courts and 11.5 per cent in high courts.

Another disturbing aspect of gender disparity in the judiciary is that not many women advocates have been elevated to the Bench. There are two types of appointments that take place in HCs — direct elevation from the Bar to the Bench, and promotion of trial court judges.

Of the 150 women picked to be part of the 25 HCs since 2006, only 61 were cases of direct elevation, while the rest were trial court judges who got promoted. Of the current working strength of 66 women judges, 32 are lawyers who were recommended for direct appointment.

This Data Story aims to represent the skewed gender ratio in the judiciary. Data taken from Department of Justice website.