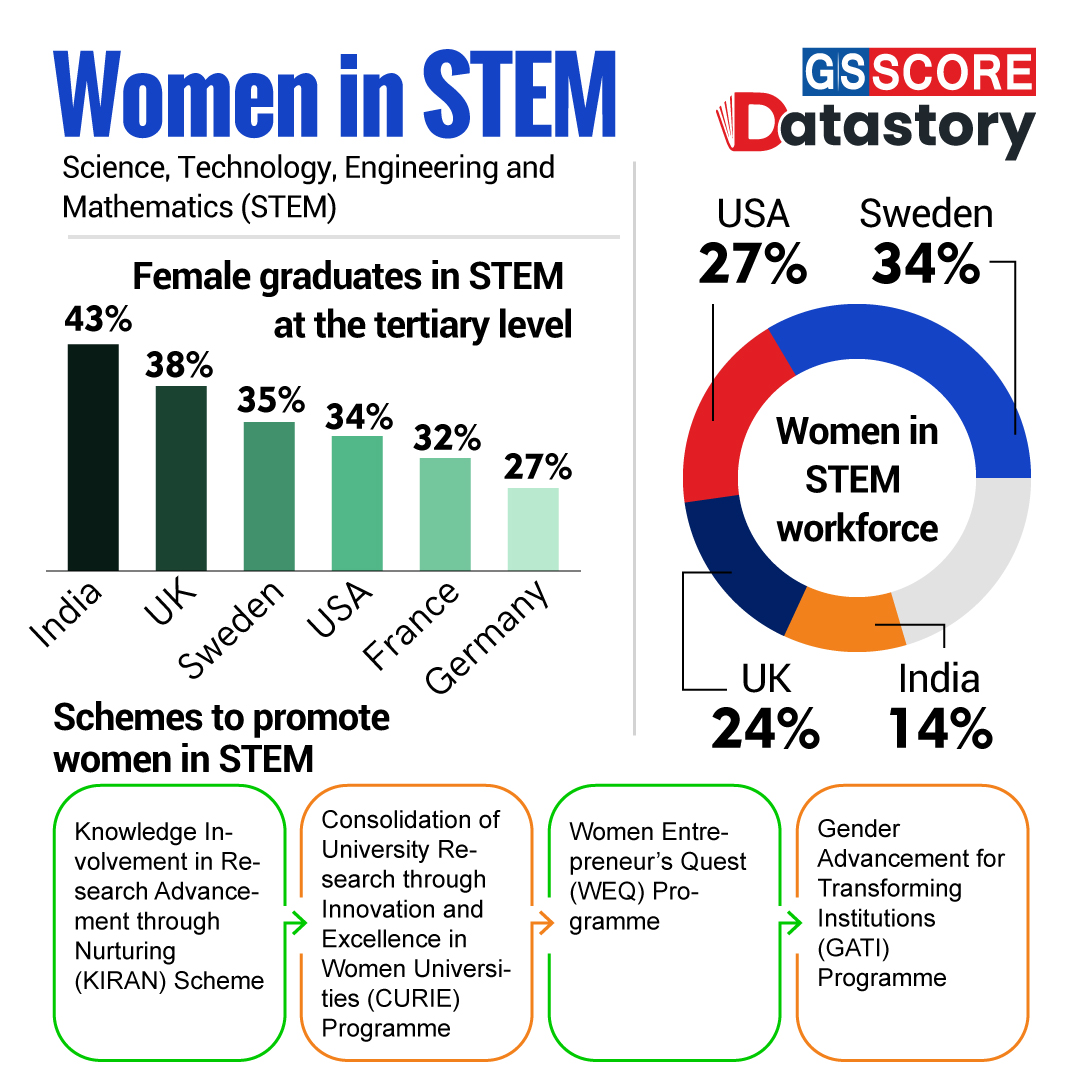 The number of women in India who have opted for Science, Technology, Engineering and Mathematics (STEM) as a field of study has increased but challenges remain. Women are an important section of the workforce, more particularly in the science & technology (S&T) domain. However, a large number of well-qualified women get left out of the S&T activities due to various circumstances which are usually typical to the gender. The challenges faced by them are several but most often the "break in career" arises out of motherhood and family responsibilities.

Women make up nearly 43 percent of the total graduates in Science, Technology, Engineering and Mathematics (STEM) in India - one of the highest in the world - but just 14 percent of scientists, engineers, and technologists in research development institutions and universities. The under-representation of women in STEM majors is common globally, but India presents a particularly curious case. Here, even though the number of women enrolling in STEM programmes has been increasing year on year, the rising education levels aren't translating into employability or jobs.

As per the All India Survey on Higher Education (AISHE) 2018-19, just three percent of women enroll in Ph.D. in science and only six percent opt for a Ph.D. in Engineering and Technology. This 'leaky pipeline' in STEM means that fewer women end up reaching higher levels to be selected as professional scientists later.

This data story aims to give details about women representation in STEM.