Begging in India: A Menace to the Society

The Criminal Law (Amendment) Act, 2013 provides for an imprisonment for a convict of beggary (10 years). The Act prescribes following provision:

Beggary is a social problem and this has been accepted way of life. The government intend to abolish beggaries from the society. The states have taken a lot of measures to abate poverty. The move is good, but while implemented in the social milieu it causes harassment to the innocent people. It is perceived that, the rehabilitation strategy is not matching with the legal parameters. The attitude of the personnel of beggar home need be changed. The rehabilitation institution should not be treated as jail. It should have capacity to change the mind-set of the inmates those can find an alternative for sustenance. 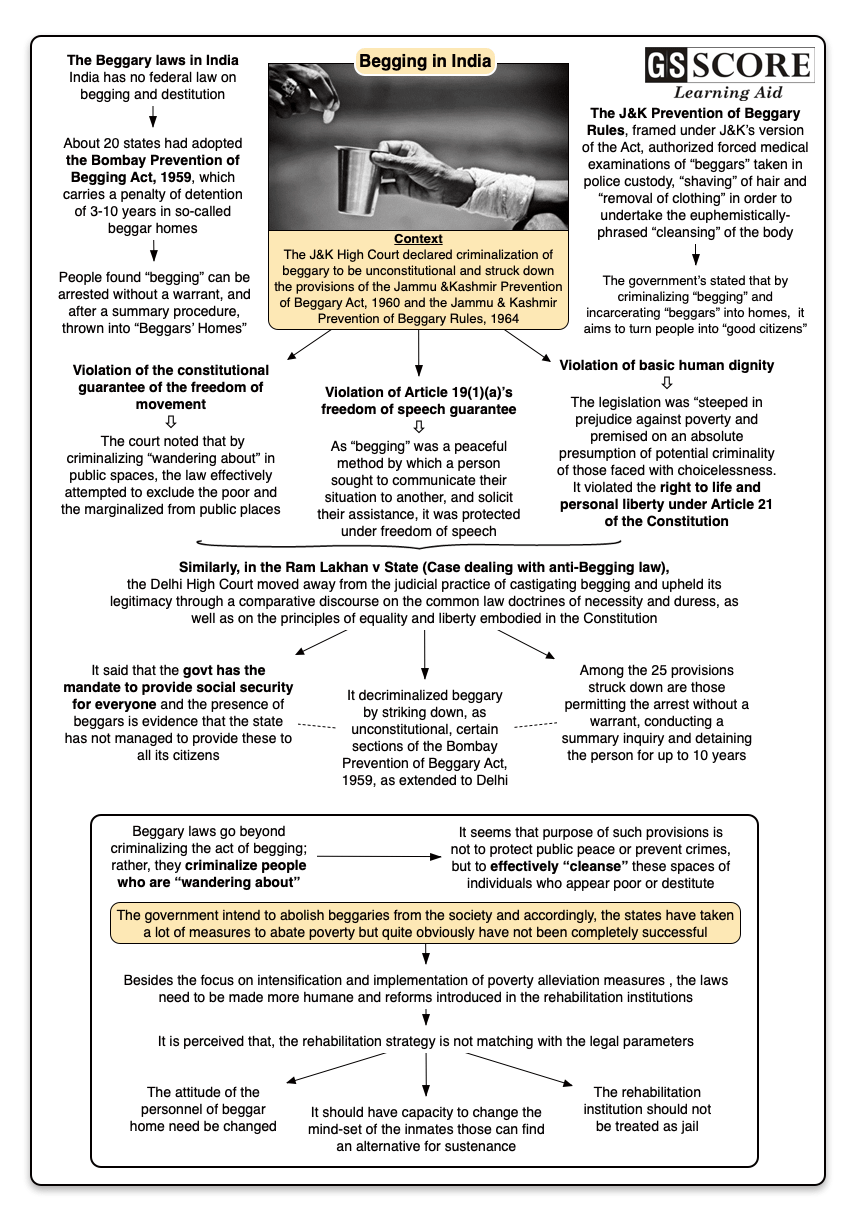