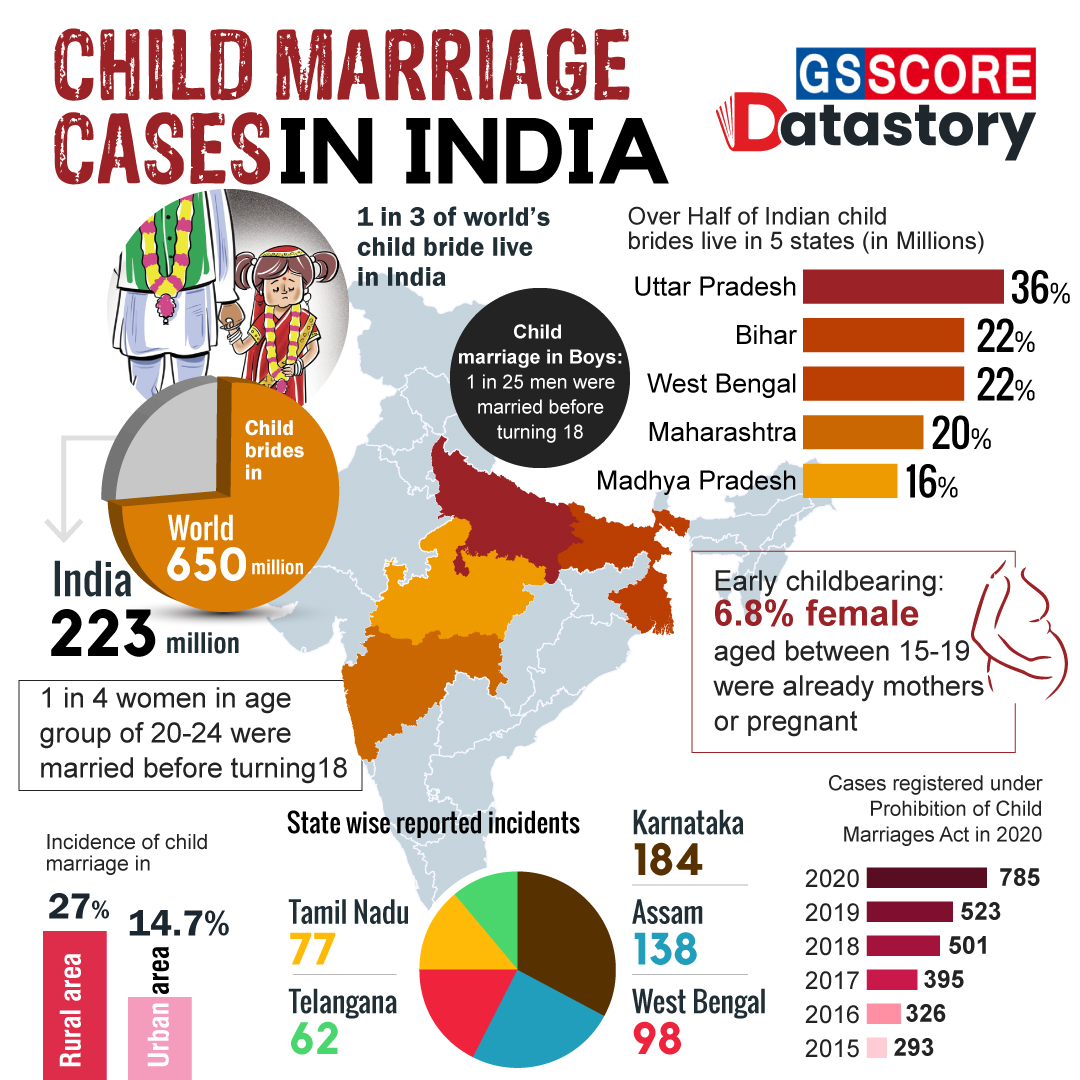 Child marriage is a violation of human rights. Every child has the right to be protected from this harmful practice, which has devastating consequences for individuals and for society. Child marriage is now firmly on the global development agenda, most prominently through its inclusion in Sustainable Development Goal (SDG) target 5.3, which aims to eliminate the practice by 2030. Although indicator 5.3.1 measures child marriage among girls, the practice occurs among boys as well. Regardless of gender, marriage before adulthood is a breach of children’s rights.

Despite having a large incidence of child marriages, the reporting of cases under Prohibition of Child Marriage Act is miniscule.

About 50 percent rise in the cases of child marriages has been recorded in 2020 over the previous year, according to the recent NCRB data, with experts saying it does not only mean there has been an increase in these instances but that there also has been a rise in reporting.

According to the National Crime Records Bureau (NCRB) data of 2020, a total of 785 cases were registered under the Prohibition of Child Marriage Act.