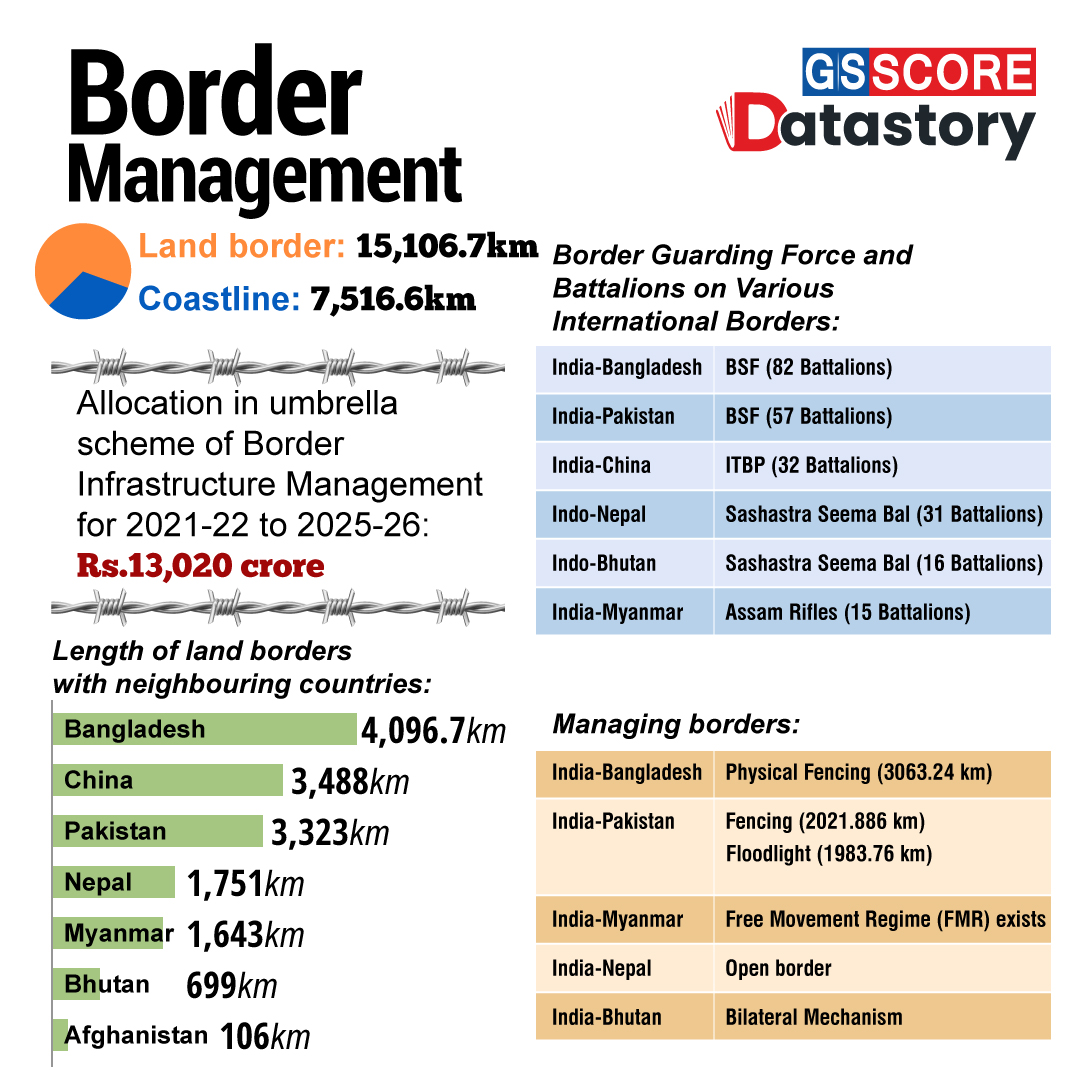 India has 15,106.7 km of land border and a coastline of 7,516.6 km including island territories. The Department of Border Management was created in the Ministry of Home Affairs in January 2004 to devote focused attention to the issues relating to the management of the international land and coastal borders, strengthening of border policing and guarding, creation of infrastructure such as roads, fencing, floodlighting and Border Out Posts (BOPs)/Company Operating Bases (COBs) at the borders, and implementation of the Border Area Development Programme (BADP).

Securing the country's borders against interests hostile to the country and putting in place systems that are able to interdict such elements while facilitating legitimate trade and commerce are among the principal objectives of border management.

Besides this: Indian Army is guarding land borders along the LoC on Pakistan border along with BSF and Line of Actual Control (LAC) on China border along with ITBP. Indian Navy is responsible for overall Maritime Security which includes coastal and offshore security. Indian Coast Guard has been additionally designated as authority responsible for coastal security in India's territorial waters including areas to be patrolled by the Coastal Police.

This data story aims to highlight the statistics related to border management in India.