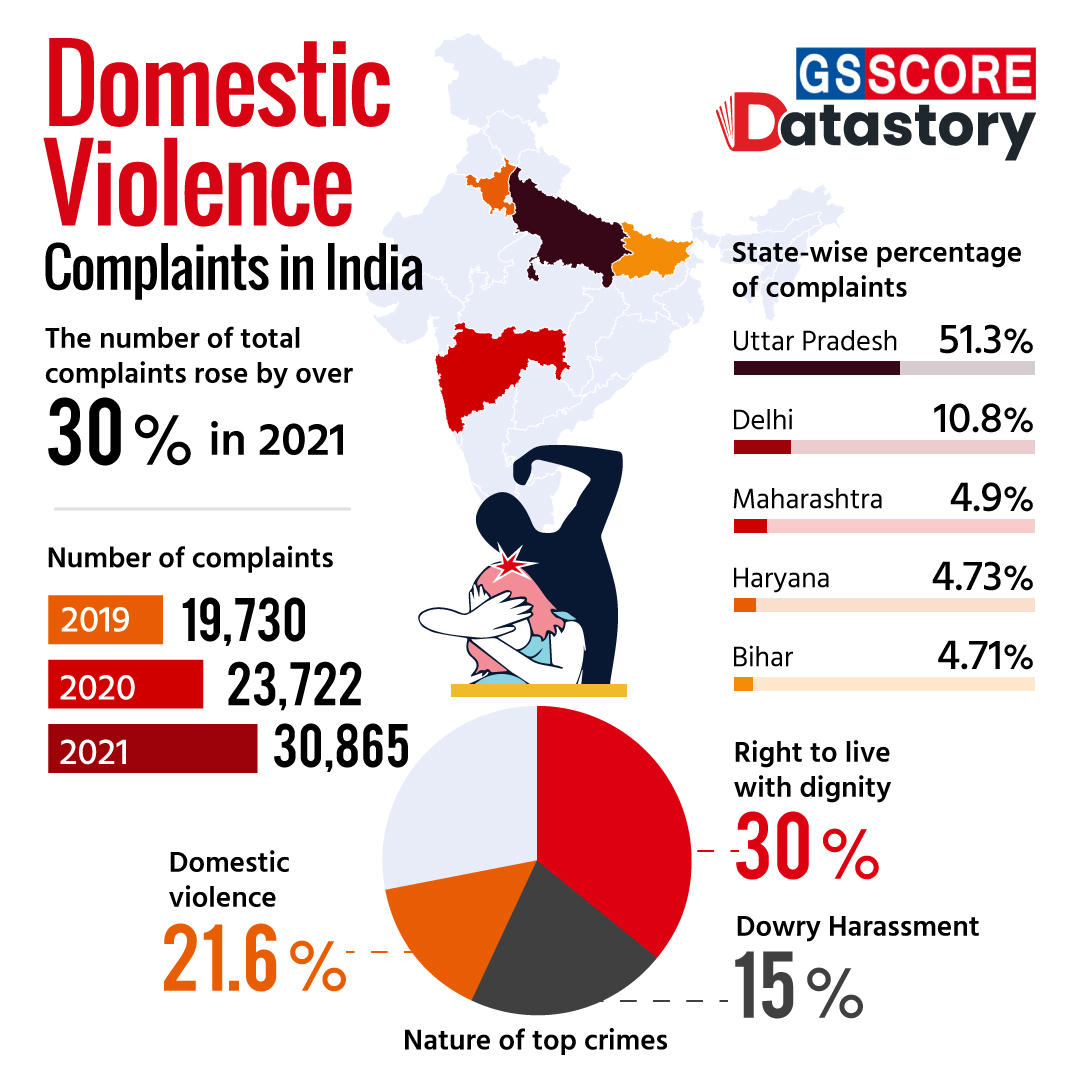 Amid a raging pandemic, the number of women reaching out to the National Commission for Women to report violence and harassment within their homes has shown a significant rise in 2021 when compared to 2020. In the second year of the pandemic, the commission received 30,865 complaints of which 72.5% (22,379) fall in three categories - to secure their right to live with dignity, protection from domestic violence and matters of harassment of married women including for dowry.

The "right to live with dignity" category includes complaints that involve harassment other than domestic violence. The complaints category was defined this way in 2019 by NCW as more and more women had started approaching the commission alleging harassment at the hands of parents, husbands and in-laws trying to curtail their freedom to take decisions, stopping them from working, and situations that infringed their privacy. This data story gives comprehensive data on the nature of complaints received by NCW during the lockdown.