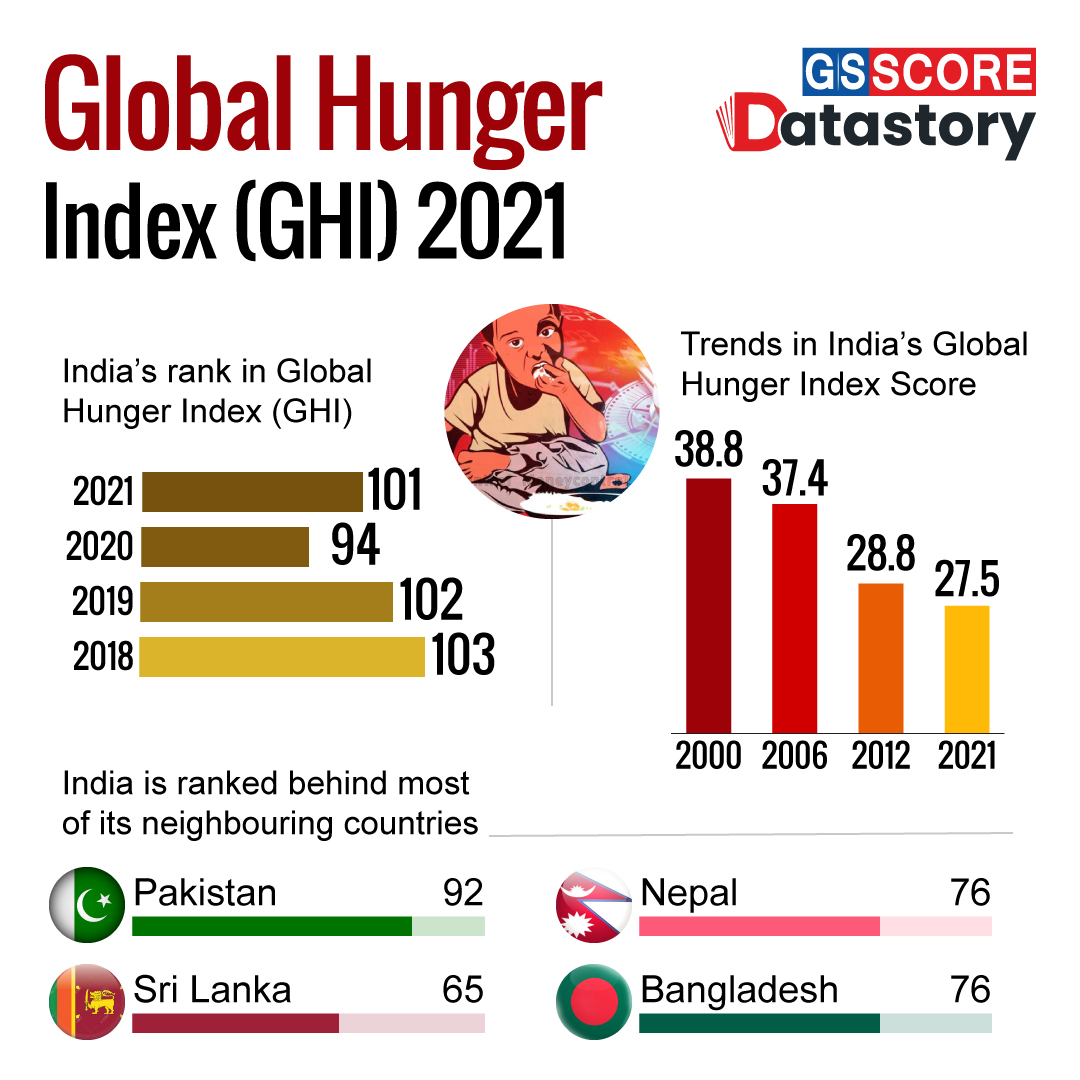 The Global Hunger Index (GHI) 2021 report has put India in the 101st position out of 116 countries. India has slipped from its 94th position in GHI 2020 placing her behind neighbours like Pakistan, Bangladesh, and Nepal.

Four indicators were considered for calculating the global score out of 100, in order to decide the ranking: