Data Story : India Is Aiming To Be Energy Independent By 2047 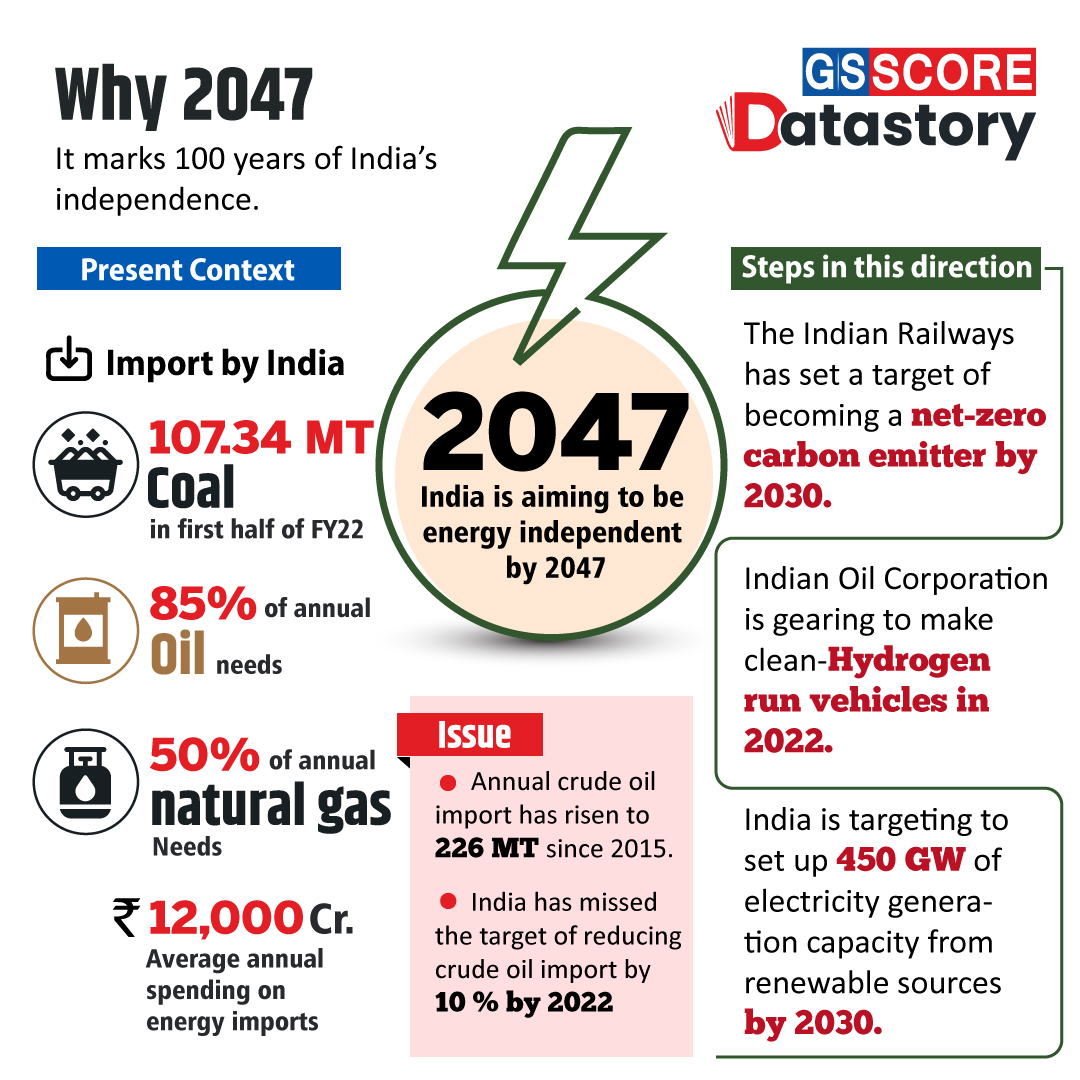 On the country's 75th Independence Day, a new goal to transform India into an ‘energy-independent’ nation by 2047 was announced. The National Hydrogen Mission was announced, setting an aim to make India energy independent in the next 25 years. Railways aims to be a net-zero carbon emitter by 2030 in which the International solar alliance will play a main role in it.