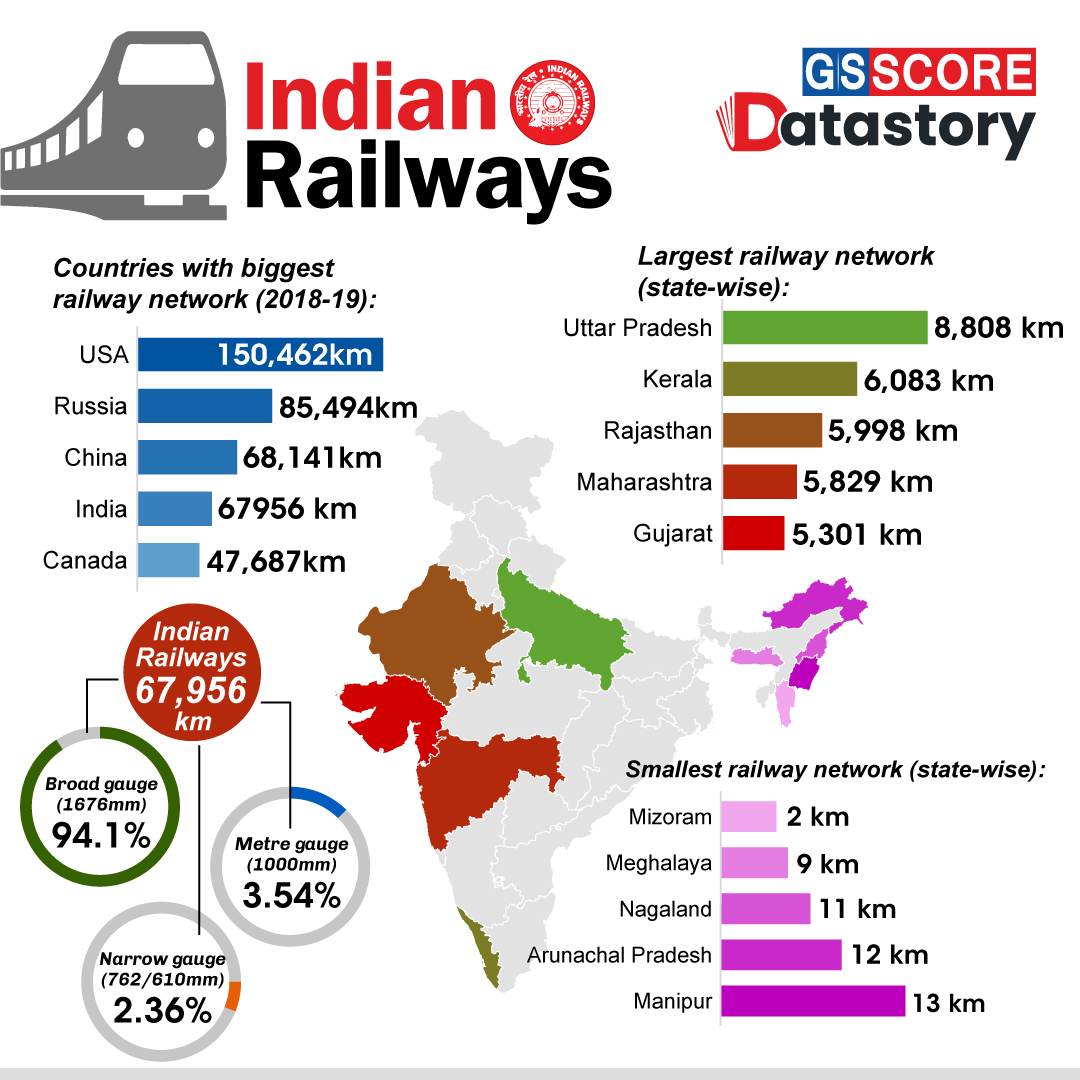 Indian Railways is among the world’s largest rail network, and its route length network is spread over 68,155 km, with 13,169 passenger trains and 8,479 freight trains, plying 23 million travelers and 3 million tonnes (MT) of freight daily from 7,349 stations. India's railway network is recognised as one of the largest railway systems in the world under single management.

The railway network is also ideal for long-distance travel and movement of bulk commodities, apart from being an energy efficient and economic mode of conveyance and transport. Indian Railways is the preferred carrier of automobiles in the country.

The Government of India has focused on investing in railway infrastructure by making investor-friendly policies. It has moved quickly to enable Foreign Direct Investment (FDI) in railways to improve infrastructure for freight and high-speed trains. At present, several domestic and foreign companies are also looking to invest in Indian rail projects.

The Indian Railway network is growing at a healthy rate. In the next five years, the Indian railway market will be the third largest, accounting for 10% of the global market. Indian Railways, which is one of the country's biggest employers, can generate one million jobs.

‘Adarsh’ Station Scheme has been started since 2009-10 and presently, railway stations are upgraded/ modernized based on the identified need of providing better enhanced passenger amenities at stations. Under the scheme, 1253 stations have been identified for development, out of which 1201 stations so far have been developed. The remaining 52 stations are planned to be developed by 2021- 22.

Indian Railways is also looking at other areas of revenue generation such as the following: a) Change in composition of coaches so that it can push the more profitable AC coach travel; b) Additional revenue streams by monetising traffic on its digital booking IRCTC; and c) Disinvesting IRCTC.

The Indian Railway launched the National Rail Plan, Vision 2024, to accelerate implementation of critical projects, such as multitrack congested routes, achieve 100% electrification, upgrade the speed to 160 kmph on Delhi-Howrah and Delhi-Mumbai routes, upgrade the speed to 130 kmph on all other golden quadrilateral-golden diagonal (GQ/GD) routes and eliminate all level crossings on the GQ/GD route, by 2024.