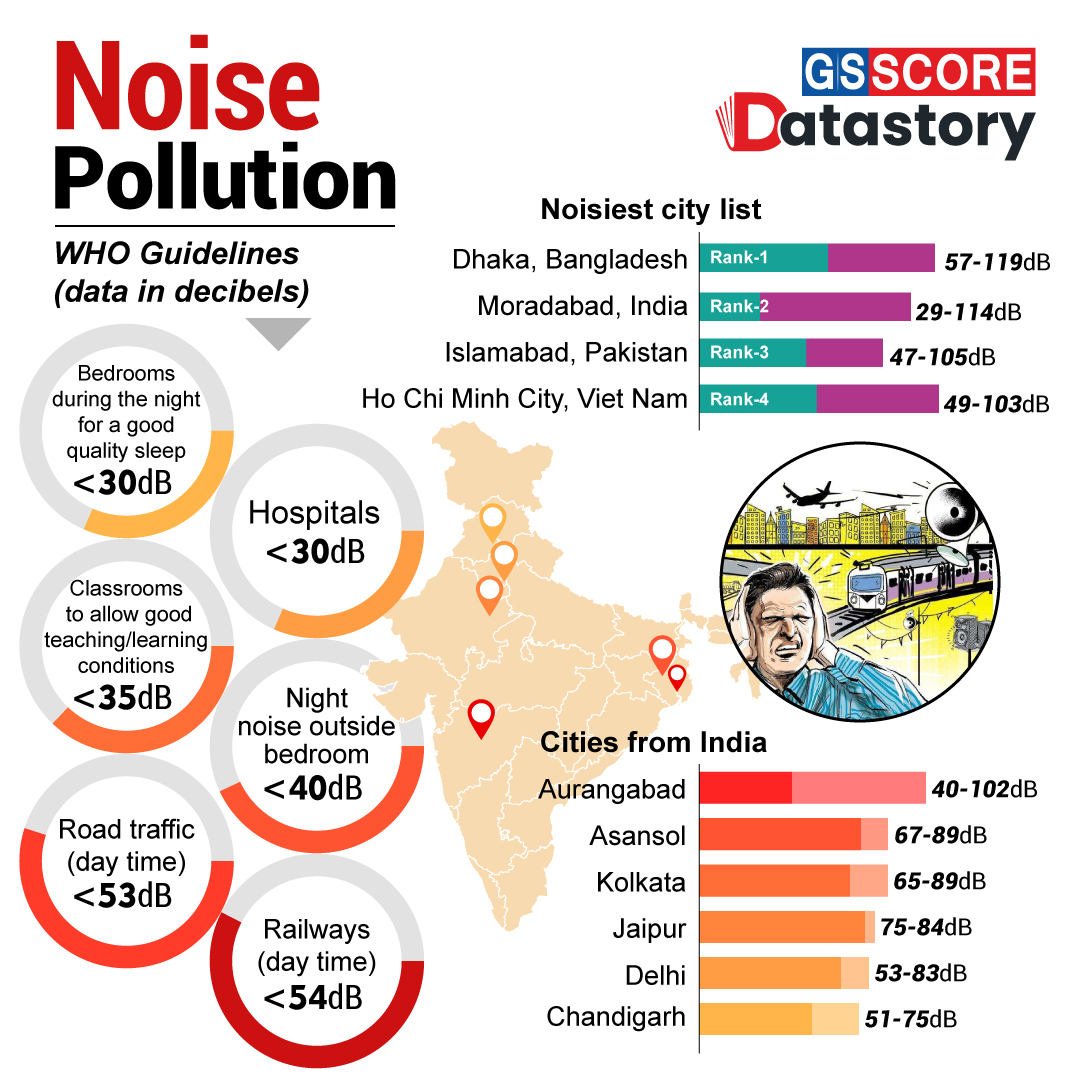 Noise pollution is generally defined as regular exposure to elevated sound levels that may lead to adverse effects in humans or other living organisms. According to the World Health Organization, sound levels less than 70 dB are not damaging to living organisms, regardless of how long or consistent the exposure is. Exposure for more than 8 hours to constant noise beyond 85 dB may be hazardous. If you work for 8 hours daily in close proximity to a busy road or highway, you are very likely exposed to traffic noise pollution around 85dB.

Our oceans are no longer quiet. Thousands of oil drills, sonars, seismic survey devices, coastal recreational watercraft and shipping vessels are now populating our waters, and that is a serious cause of noise pollution for marine life. Whales are among the most affected, as their hearing helps them orient themselves, feed and communicate. Noise pollution thus interferes with cetaceans’ (whales and dolphins) feeding habits, reproductive patterns and migration routes, and can even cause hemorrhage and death.

Other than marine life, land animals are also affected by noise pollution in the form of traffic, firecrackers etc., and birds are especially affected by the increased air traffic.

The World Health Organization estimates that one out of three people in Europe is harmed by traffic noise. More than the purely medical effects of noise pollution on the individual, there is a significant social and economic impact. Since noise pollution leads to sleep disturbance, it affects the individual’s work performance during the day, it leads to hypertension and cardiovascular disease and costs the health system additional time and money, and it negatively affects school performance in children.

In India, the Central Pollution Control Board (CPCB) is mandated to track noise levels, set standards as well as ensure, via their State units, that sources of excessive noise are controlled. The agency has a manual monitoring system where sensors are installed in major cities and few cities have the facility to track noise levels in real-time. The CPCB also measures noise levels before and after Diwali in major cities, to publicise the impact of firecrackers.

Recently, the United Nations Environment Programme (UNEP) released a report on the environmental challenges posed by noise, wildfires and the disruption of biological rhythms of plants, animals and ecological cycles. It compiles studies about noise levels in several cities around the world and illustrates a subset of 61 cities and the range of dB (decibel) levels that have been measured. Delhi, Jaipur, Kolkata, Asansol and Moradabad are the five Indian cities mentioned in this list and Moradabad in Uttar Pradesh was shown as having a dB range from 29 to 114. At a maximum value of 114, it was the second-most-noisiest city in the list. The first was Dhaka, Bangladesh at a maximum value of 119 dB.

This data story aims to highlight the data related to noise pollution.