Top 5 Improvers (the economies with most notable improvements in Ease of Doing Business 2019):

China and South Africa have witnessed drop in their ranking since 2014.

Elevated ranking demonstrates India’s commitment towards providing conducive environment for business activities. It will fetch more investment to the country. 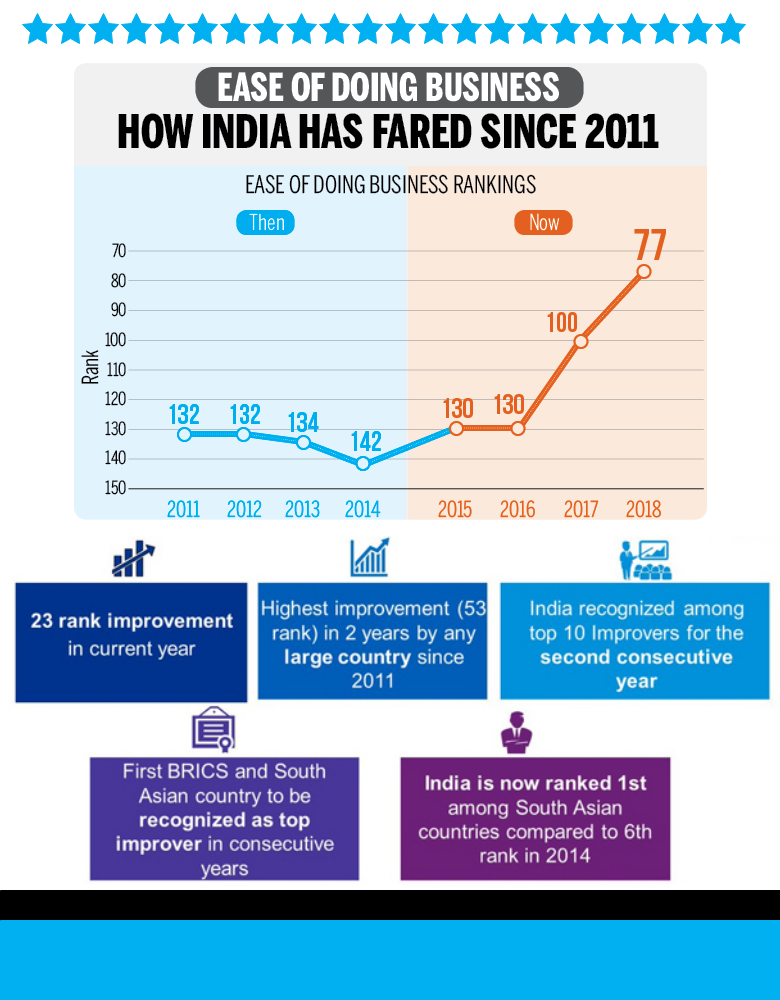